I had an interesting conversation last weekend with one of the managers of a pool room.

He mentioned to me the difference between male and female pool players and their spending habits of a tournament weekend.

Here's the kicker - not their spending habits during a tournament, but after the tournament.

As we stood there and talked on Saturday night of the 2-day weekend tournament, there was a ton of players still there (male players), even though they were already out of the tournament.  They were hanging out with theirs friends and drinking, watching/betting on gambling matches, or gambling themselves, as there were a couple of sets going on and also a ring game.

He told me that the female players don't really stick around.  And he's right!  I don't hang around the pool room after I get kicked out of a tournament.  I drive my ass home with my tail between my legs.  Or if I'm out of town, we get a group together and head out to dinner for some girl time.  Some have even gone to a different bar where there is karaoke.

He explained it in simple terms as to why the difference, which made me laugh out loud from the truth of the words:  "Male players don't leave the pool room after they get kicked out of the tournament.  They want to stay and try to make their money back!" 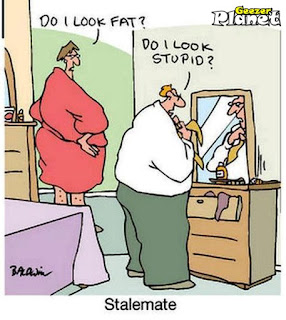