Adding Good Players to a Team

I have learned through the years that adding good players to a team isn't always best for everyone on the team.

I was on a league team in San Antonio and a few guys needed to join a team to get qualified, I think for BCA State.  They were TOP players.  I was super excited for them to join our team!  I would find out later that some of my teammates didn't like them on the team, though, because they didn't get to play as much anymore - the guys needed to get six weeks in and had to play every night.  That left the regular members out of playing as often for the rest of the season.  A couple of friends were REALLY upset with me.  I was too young and immature to know that saying Yes to those guys affected the team dynamics overall and badly hurt some feelings. 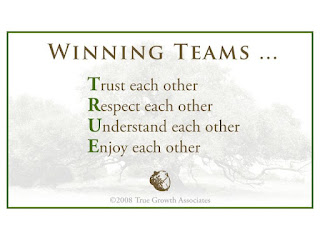 A few years ago I was asked to join a women's league team and I said yes.  I didn't think too much about it really, until at the end of the season, one of the original players had decided to leave the team!  I was in shock and perplexed.  But when I really thought about it later on, she didn't get to play as much anymore.  I'm sure she was frustrated with the whole thing - playing on the team at state was based on how one finished in the season, yet she didn't get to play every night like before and so her record went down and the Captain decided not to play her as much at State.

If you look at the quote above, she did not understand, she didn't respect the team anymore, and she definitely wasn't having fun,

While it may seem wonderful to most team members when a good player joins the team, we must also think about the players who love the game but maybe aren't top level.  Some league players see league night as a social night, not a "win" night.  So, in reality, those players are getting the short end of the stick - not being able to play as often on leagues nights and not being able to be a part of the team in big team tourneys.

But the relationship of some friendships were definitely damaged.