I was watching the Dallas Cowboys playing the Green Bay Packers two weekends ago (along with a million other people in Texas, lol).

A great interception by the Cowboys gave all the fans hope until that stupid little yellow flag was noticed by itself, flopping on the ground marking the beginning of all the "Noooooooooooooo's!" flying from patrons in bars across the nation, and fans at home, or in person at Jerry Jones' stadium in Arlington, Texas. 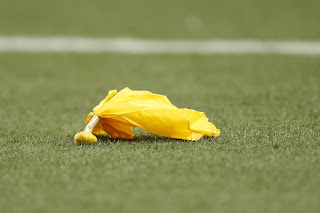 Anthony Brown (number 30) of the Cowboys had a pass interference called against him.

As the camera focused on Anthony, my heart hurt for him.  And the camera wouldn't stop following his every move and deflated look.  It was so sad.  Poor guy.  I felt horrible for hm.

I was at the pool room during the game as the Omega Tour Season Opener was going on and I asked one of the players, "I wonder what his teammates think?"

He replied, "They aren't mad at him.  They understand how things happen quickly and you have to make decisions fast and sometimes bad things happen you don't intend."

And, let's face it, that's how we feel about our teammates during team matches, right?  We don't get mad at them or chew them out.  Some might slam their fist in frustration at the mistake, but we don't go home thinking about our teammate who messed up.

As my Mom always told me, "It's not all about you."  And she's right.  We think more about our own mistakes and what we could have done better, not that a teammate hooked themselves or dogged it or missed a tough shot to win.  We know that everyone wants to win! 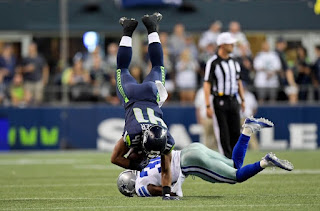