I was listening to two commentators talk about a game and their words hit me like a brick and I wanted to share them, because it was the EXACT reason for the importance of a pre-shot routine and non-laziness.

I hadn't watched any of this match except the very last game that someone shared on Facebook.  It was evidently a race-to-30 gambling match.  The player on 28 games breaks his 10-ball rack but doesn't make a ball.  His opponent is left with a really tough layout, and he is on game 29!

I am can only imagine what they were playing for, and I would guess in the $1,000s range, since it was streaming from the Derby tourney action room.

Anyway, as the player is running out this tough rack, the commentators share this information:

The player at the table had been messing up earlier in the match and getting out of line more on easy layouts.  One of the commentators even called it "Mickey Mouse" outs.  And the player was getting in more trouble with them, and those are the ones the commentators kept thinking he would run out on.

They went on to say the player "razzled and dazzled" and didn't take his time, and not only got out of line a lot on the easy layouts, but also missed a straight-in 10-ball earlier in the set.

This player, the commentators said, "bares down much harder on the tough ones [layout]."

And this out WAS a very tough layout and he DID get out.

It goes to show that you should put the same effort into all shots, matches, and games.

Don't get lazy, and don't presume a lot about the layout.  Walk around the table, don't rush your shots or 2-stroke your shots, and don't take any shots for granted.  That's what gets us in trouble.

And a pre-shot routine will help you realize that every shot is important; every shot deserves the same respect.  And you will be more successful. 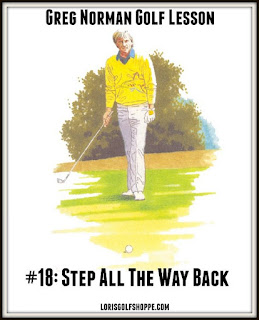