I love this quote from Colin Powell:

"There are no secrets to success. It is the result of preparation, hard work, and learning from failure."

This is so true as I reflect back on my pool journey.

I didn't just show up to tournaments hoping I would do well.  I prepared; I put in work; And, yes, I indeed learned from failures.

I had a goal one year to practice at least 2 hours a week.  While that may not seem like much, it was dedicated, solo, determined practice.  I would arrive first thing in the morning when the doors opened either Sat or Sun and grabbed a 9 foot table, put in my earbuds, and then try and run 10-ball racks for at least 2 hours straight every weekend.  For a year.

This is just one example, but Yes, I put in the work.

I also had goals were I would watch a certain number of videos a year, play in more weekly tournaments, and read a few key books to help my pool journey.

And the more I played in tournaments - weekly, regional, league, league payoffs, state or national tourneys either in singles or teams, the more I learned from my mistakes.  That 8 ball I missed at state for my team doesn't haunt me anymore.  Why?  Because I learned from it.  I carry the reason why I missed forward and it helped me be more in control of the successful table run I accomplished hill-hill at ACS Nationals to capture my first, ever, singles, National 9-Ball Title.

Yes, I learned from my failures. 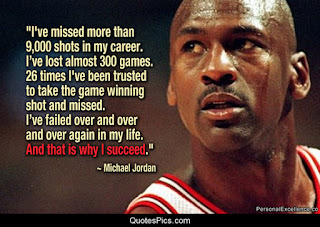 The more tournaments you play in, the better you become.

You naturally put in the work so you finish better in them (practice, watch videos, etc).  You naturally get more prepared, too (read books on mental toughness, play in more leagues, etc).  Again, playing in more tournaments has a cause and effect.

You play in more league events and tournaments and you don't just hope to do well - you prepare, you put in the work,  And because you are putting yourself in more tournament situations, you make mistakes and have losses and failures, which in turn you learn from. Which in turn makes you successful later.

Pool is a Journey!

"There are no secrets to success. It is the result of preparation, hard work, and learning from failure."