Social Media Use During Tournaments

I wrote yesterday about the effects that the social media climate has on athletes and how they have to be mentally stronger than before social media came into our lives in order for them to compete at their best.

Those thoughts are the same reasons why I never posted online during my tournaments to give updates.  I didn't want to read comments from people.  I didn't want people to give me congrats before I won, or advice on how to win.  I didn't want to feel the pressure of people saying, "you can do this!"   I stayed OFF of social media and I just tried to mentally prepare myself for the game at hand (which was already pretty tough to do lol).

The opposite is true, also, though.  I've seen players declare on Facebook, "oh I'm not feeling well yet I'm about to play for fourth place."  Or maybe, "I hurt my hand so not sure how I'm going to finish the tourney well."  These players are already letting their fans and friends know that they probably are not going do well in the event.  Kinda giving their excuse ahead of time to the world.

Whereas they could have just not have said anything at all and then maybe explain afterwards why they won or lost (or even obviously not explained at all if they don't wish).

Having a Blog allows me to explain why I faltered or maybe what I learned during a tournament.

In my opinion, social media is kind of a deterrent to us focusing on the game at hand, so that's why I kept away from an online presence during a tournament. 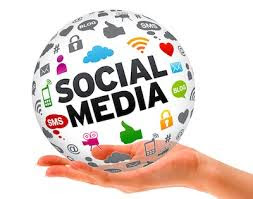 On the other hand, some people announce, "hey I'm about to be on the stream table at 2 o'clock!"  You have to admit that shows that they are very confident and they probably like to know that people are supporting them and watching them.

However, if I was up next on a stream table I wouldn't tell a soul lol.  I was not mentally strong enough to handle the thoughts in my head of the people watching.  Further, if I was playing bad I would start to get embarrassed and then it would kind of go downhill realizing all these people were watching me play badly on the stream lol.

I admire those that can use social media to their advantage.  Because for me it was a distraction.  However, because I know my mental toughness weaknesses, I need to do what is best for me during tournaments.