Mental Toughness is Tougher in Our Current Climate

I think that the media having more access to athletes and also the explosion of social media has actually brought a realm of mental interference into playing sports.

How many times have you seen the new young leader after Day 2 in a golf Major being interviewed over and over again after the cut, to not even see him anywhere near the leader board on the final day - sometimes not even on the leader board anymore at the end of Day 3.

If you think about it, back in the day before there was social media no one was online giving their opinion or talking crap about athletes or making memes.  Football players, tennis players, basketball players, golfers, even Olympic athletes didn't have to read or hear all these things before they played in events.

Even before games start, the media is interviewing players before they go on the field and before they go on the court to bring us, the public, a personal and up-close view of the thoughts and opinions from the athlete himself.  I think that is a distraction to the player.  That's a lot of mental interference.  That's a lot of expectations he is now having to think of because of the reporters questions.

Sports and competing is already so mental, and to think about how you answered a question, or why you were asked a question, or being "forced" to delve into certain topics before you even play can be such a hindrance to your performance.  I actually think athletes in today's world have to be even more mentally tough than in the past when the public would read in a newspaper the next day who won a sports match.

Nowadays, the public has such an easy access to athletes through social media, too.  Hashtag their name, mention them in a post, create a meme that goes viral, give your opinion on Facebook Live.  Again, that's a lot for an athlete to handle and have to deal with mentally before they even step foot onto the mound, or on the court, or on the field.

I commend and applaud how they handle these situations and are still able to perform at their best surrounded by these new distractions.  MENTAL TOUGHNESS, baby! 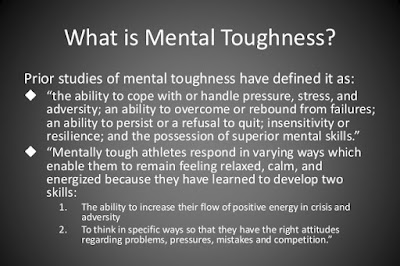 It's a distraction, no doubt about it. But the player is not obligated to grant access (for an interview). Smart players know their fans want to know everything that's going on, but they will be interviewed on their own terms. Just watch Serena Williams set ground rules. There are just some things she will not discuss. And, the amazing thing is, she always seems available. Players who grant interviews in the early rounds only to wind up as no-shows are simply grabbing for their 15 minutes of fame. Who can blame them?