Personal Issues Set Aside as a Leader

As a Tournament Director, it doesn't really matter if I am upset with a player or not, I MUST be professional and treat everyone the same and with respect.

I fully admit I did not do this in the past in my 30s when I ran the OB Cues Ladies Tour.  I was upset at a female player that spoke bad about me behind my back.  Instead of talking to her to try and resolve the issue or find out what was going on, I instead (mis)treated her like I was taught as a child:  You ignore them when they have upset you.

It was NOT right or correct and looking back I see how wrong I was and I am downright ashamed for acting that way.

I apologized to her many years later (TOO many years later, honestly) and we are now cordial with each other.  I found out it was all a miscommunication of why she was talking about me, but let's face it - anyone can talk about us and say what they want behind our backs; they have that right, really.  We don't have to like it, BUT, as a leader of an organization, I should have still treated her with respect instead of being hurt and acting like a child not talking to her.  I WAS WRONG.

So, fast forward to ten years and me now running the Omega Billiards Tour.

So, I was running an Omega Tour stop about two and half years ago and I was very un-confident and overly concerned about myself as I had gained some weight.  Towards the end of the tourney, one of the regular players at the pool room and I were talking and I confided I was having some back spasms.  He replied, "well, maybe you should lose weight and that wouldn't happen."

To say I was mortified is truly and absolutely an understatement.

I literally cried all the way home.

About a year later, this guy started to play on the tour.   Yes, it sounds stupid but I was still hurt and couldn't forget how upset I was.  But, I am running an organization, and I had to be a leader and treat him with respect even though he hurt my feelings.  (sorry, but you can say a lot of things about/to a woman but weight should be off limits IMO.)

I admit (again) that at first I didn't really talk to him at all.  But then I put on my leadership hat and treated him like all the other players and at least would speak to him.  I also ALWAYS contacted him if he was on the standby list.  I never skipped his name, I was doing the right thing at all times, just wasn't really very friendly to him.

But, I have changed that though and even say hi to him if either of us walk by each other and am very cordial with him now.

I'm actually proud I have matured enough to recognize running the Tour comes before my personal feelings. 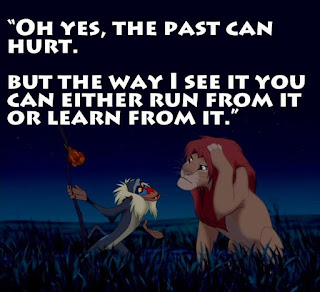 Bottom line is, yes I have gained weight.  But, NO it's not a reason to not speak to someone who plays on the tour just because they helped point out my weight gain to me, lol.

Leader at all times, no matter what.

This is just one personal example.  There are a thousand other examples of situations that have or could come up where someone upsets us.  But, we have to put those feelings aside and still run the best organization we can.  And still treat everyone the same.  Running an organization is about the people, not ME. 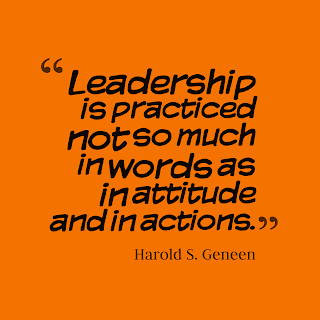