Pretty tough to do, but Greg Sandifer and I WON the BCAPL Texas state Scotch Doubles event undefeated!   Second year in a row for me!  And with a new partner. 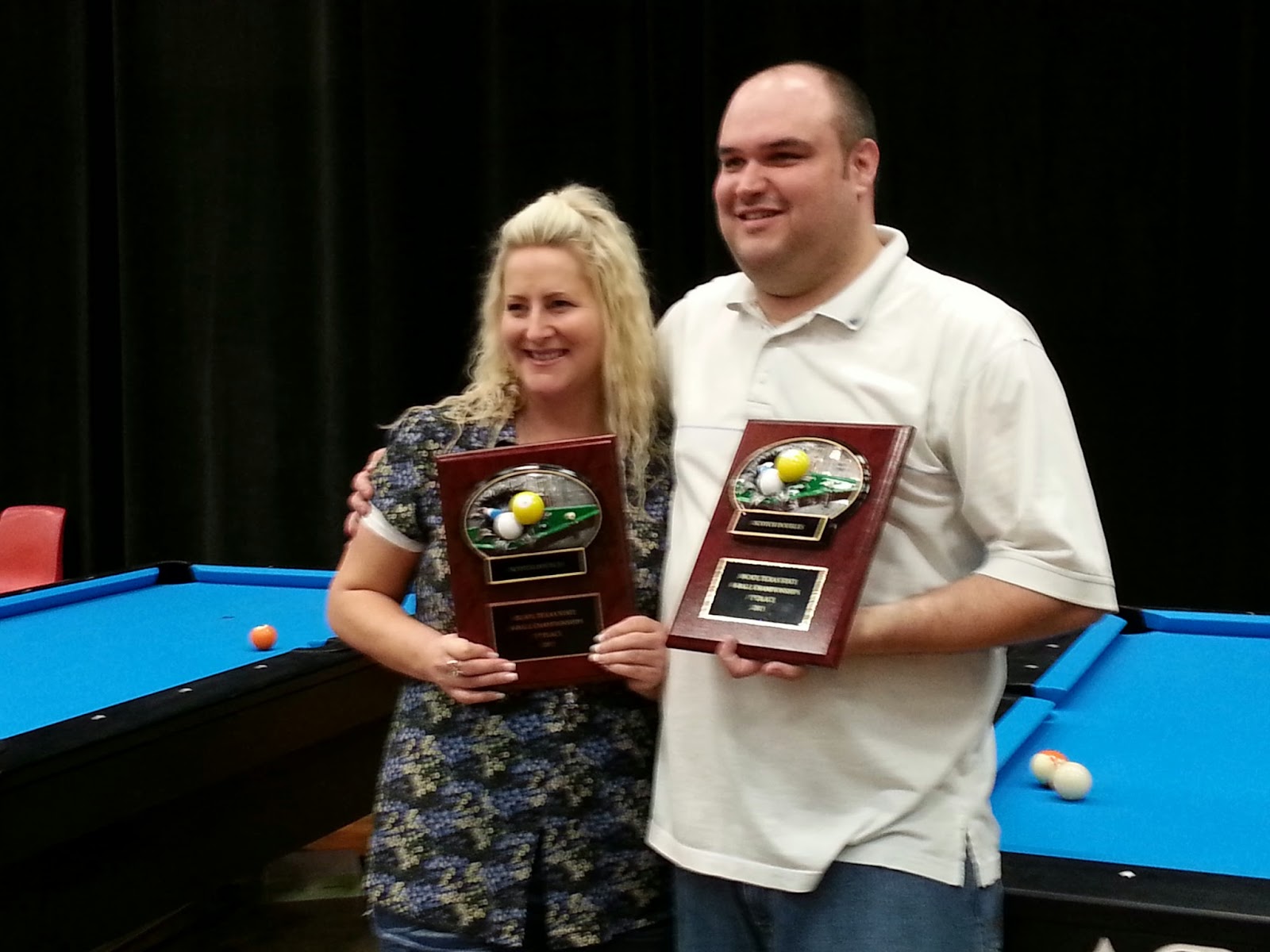 Then came singles.  After a very long, exhausting, tough day full of close matches and lots of nerves and adrenaline, I found myself winning all my matches somehow and won the hotseat match.  I would be I the finals the next day!!

As you might recall, I won this event last year - THE tourney I always wanted to win.   To be in the finals the next year didn't even make sense to me how I could do that.

Felt pretty fortunate to be in the finals!!  I got double dipped by a super talented player (Ricki Casper), and plus I didn't play well enough.  But very pleased with second place in a really tough field!! 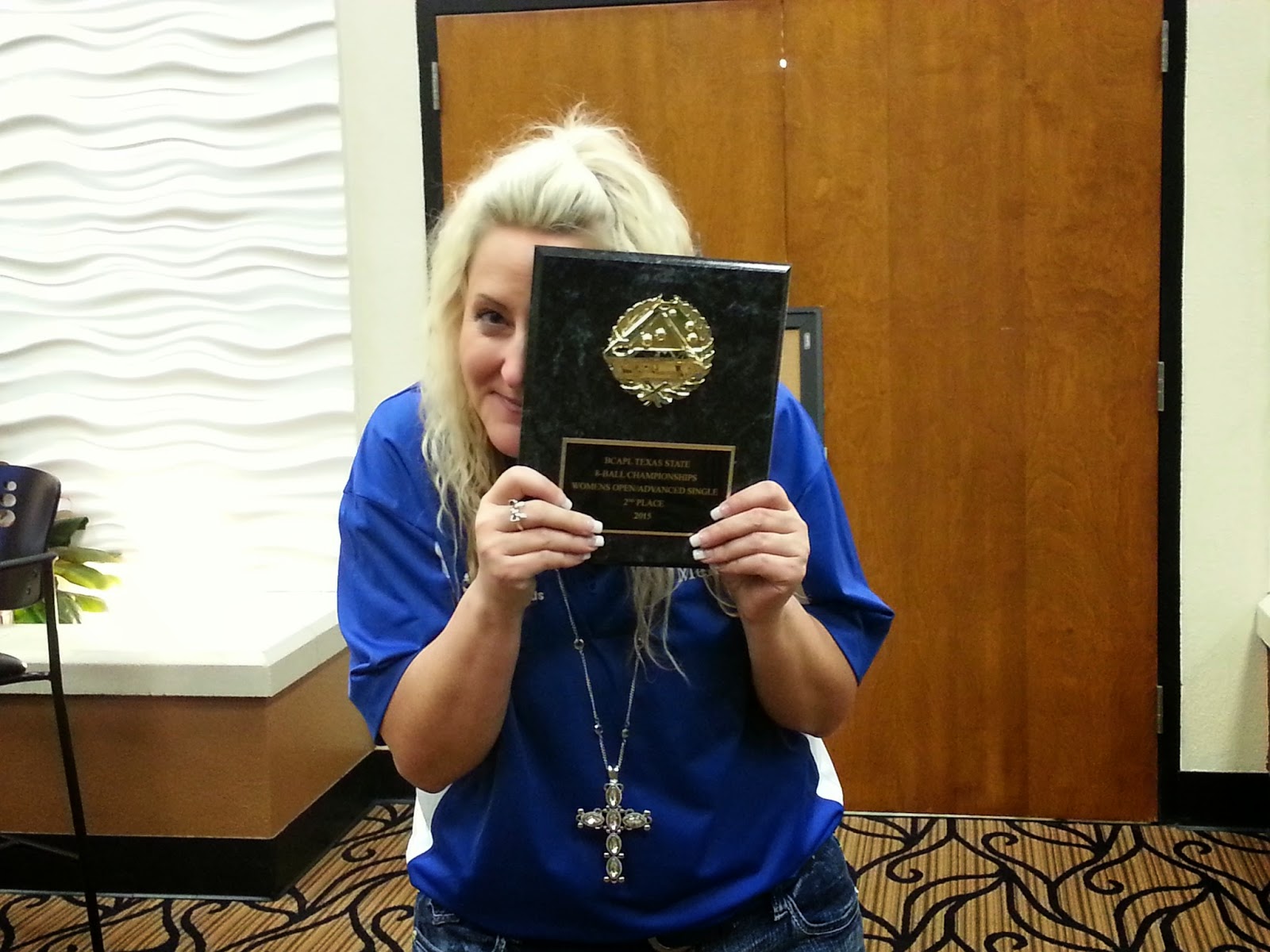 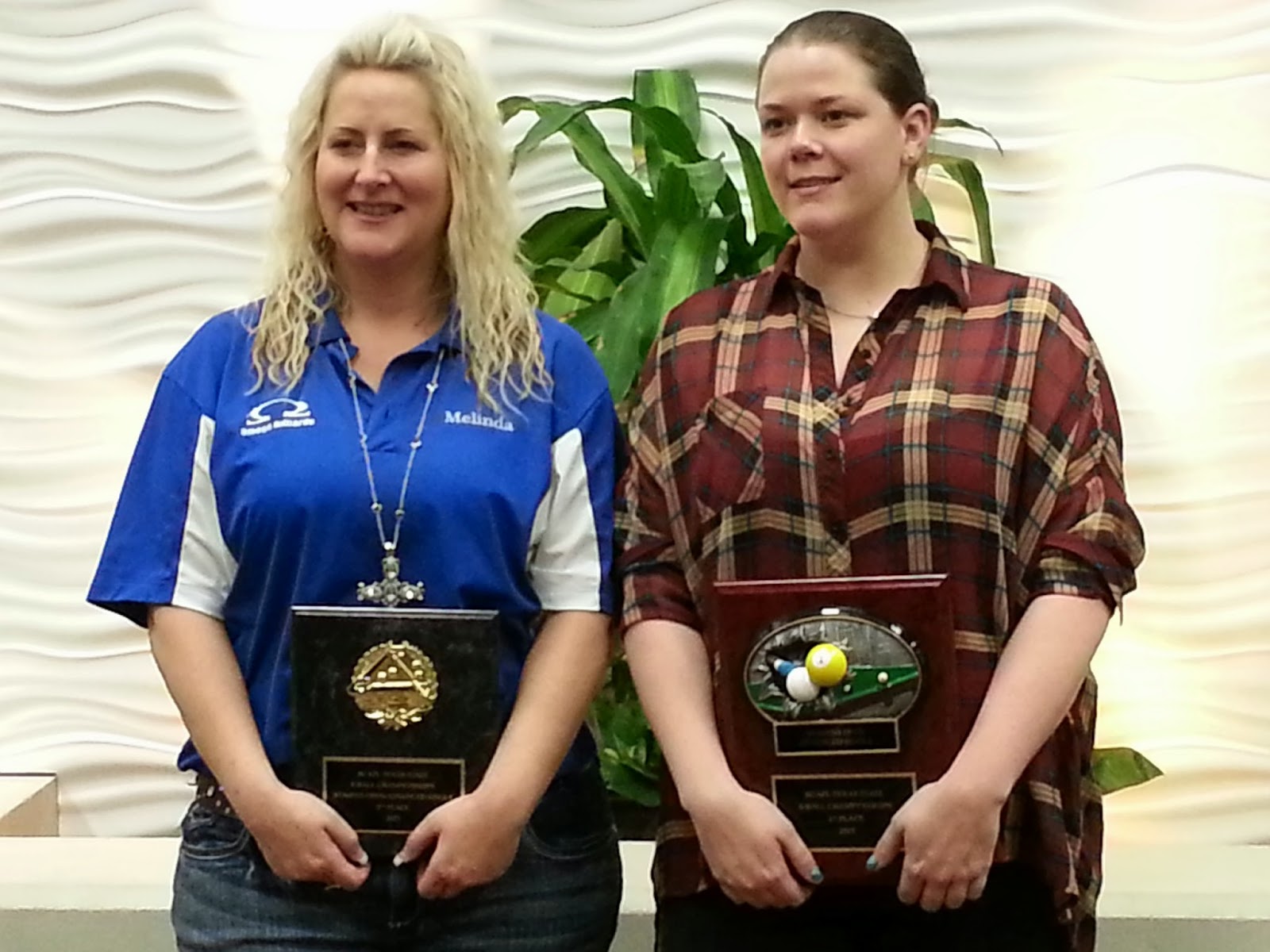 People kept acting disappointed when I told them (after they asked how I did in singles), that I placed 2nd (and not 1st).  Well, I still think I did great, honestly!!  (even tho someone actually told me second place is the first loser).   BUT.... I found out after the finals, that my opponent lost her Grandmother just the week before, and she wanted to win it for her. So, I'm even more glad she won!  I've been in her shoes and I know that means a lot. So again, second place was great for me, and my opponent played her heart out to win it! 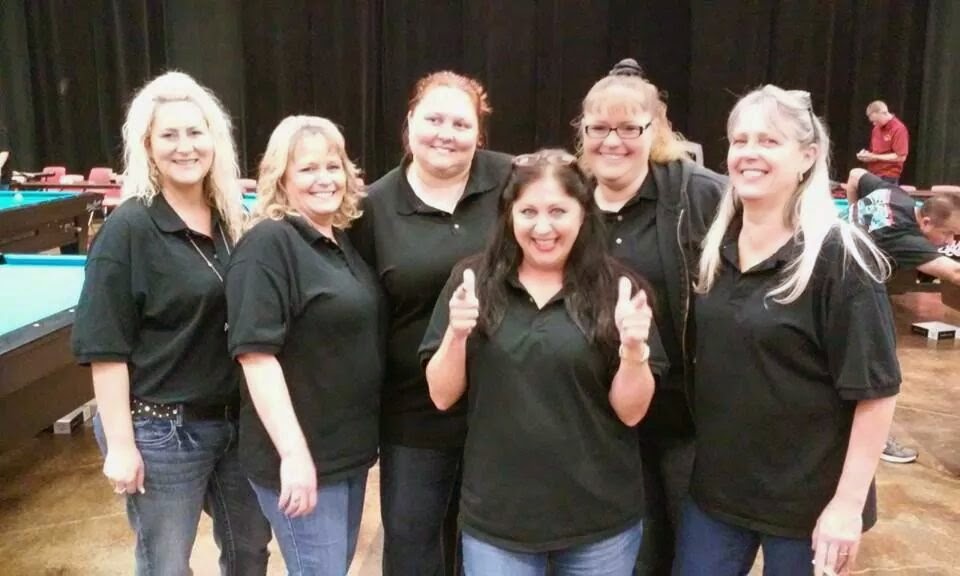 Good pool week.  Made me reflect a lot about pool and where my future lies with it as I can sense a change acoming, but still feel extremely fortunate for my week!

A good week all in all then. Congrats.
Dave