A few months ago I was at an Omega tourney and a guy walked in who always barks at me wanting to play/gamble.

I asked him how much and what game?  Let's get this figured out right now.

He told me what his idea was, and I agreed with it.

Since I was running the tournament and could not play that day, I got a crazy idea to write it down!  Then we each signed it, lol.

I didn't want him to forget and I wanted to hold him accountable, lol.

Here is the contract: 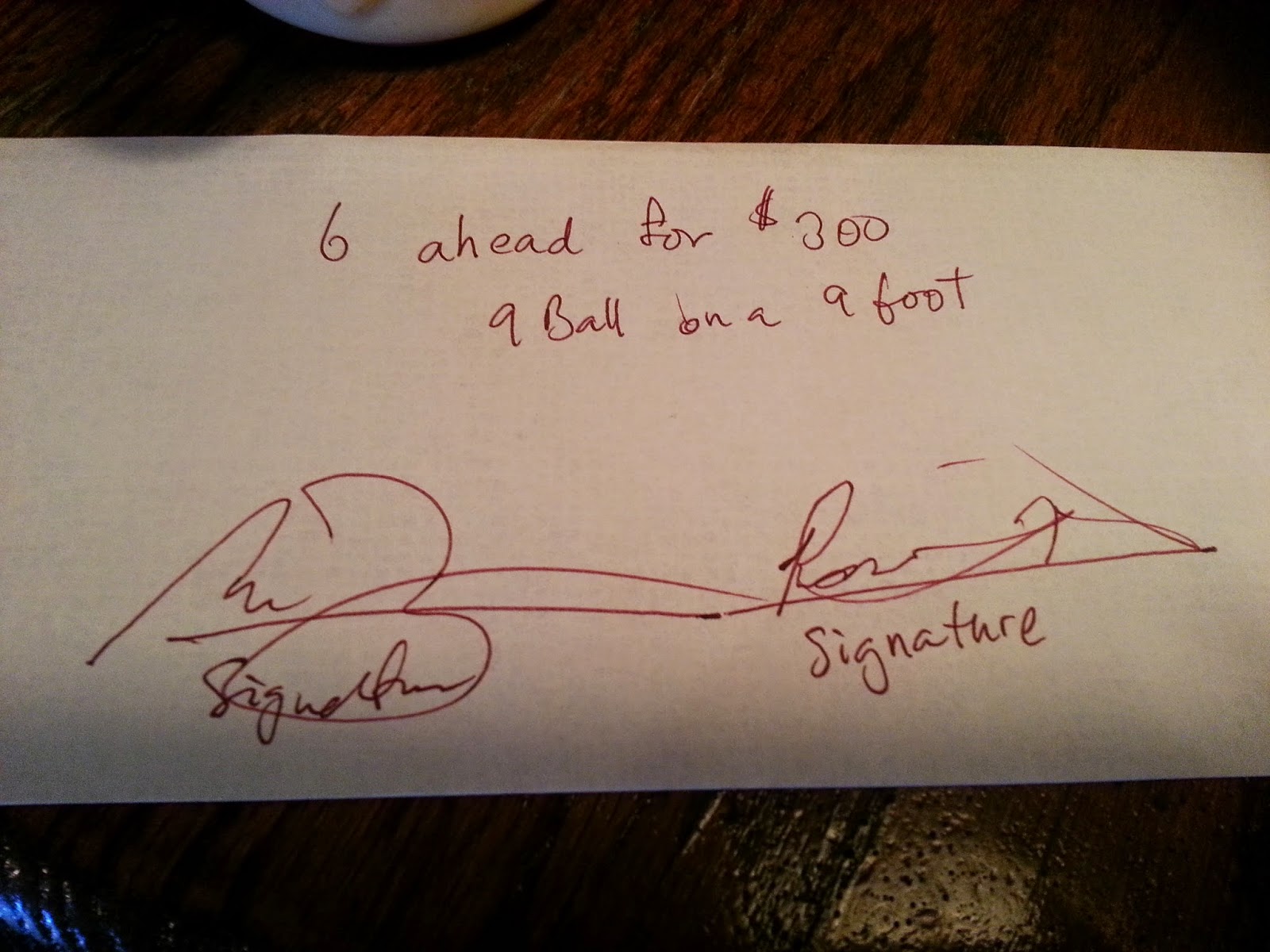 I haven't played him yet and this was signed back in early October, but one of these days, I will play him like this!