I wrote before that I joined a new team on my ladies league b/c they asked me to join b/c they wanted pointers and to improve their games.

At my league playoffs (where we placed SECOND!), one of my ex teammates who I hadn't seen in many, many months came up to me and we gave each other a great big hug!  I have really missed her.

We chatted just a little bit and before we each had to play in our matches, but she asked me, "Why did you join that team?"

I replied, "Because they wanted me to help them with their game."

But then she was whisked away for a team meeting.

WAS I helping my teammates?

"I have no idea!" I thought to myself.

I mean, I have shown them shots after league, but only a handful of times.  And they have asked me, "how would you have shot that?" kinda questions after they played, but was I really helping them?

The next day, while we are still in the playoffs, my teammate walks by our table after a great out!  And she says to the captain, "I knew I could make that ball because I have seen Melinda make it before."

My ears perk up.  Omg really?

Then after a few more games, my captain tells me, "Laurie is really focused on you when you play."

"Yea, she said she loves to watch you play because you play so calm and have such a cool demeanor about you.  And, she sees you stay down well and take your time."

I was thinking, "wow, really?"

Then another teammate jumps in on the convo - "Yes, we love to watch you play - we learn so much from your choices and how you handle yourself during the matches.  Plus, you come with some really awesome shots sometimes!"

So, I guess I got my answer.  I really HAVE helped my teammates!

And not by just showing them a few shots after their matches, but by them watching me play my matches. 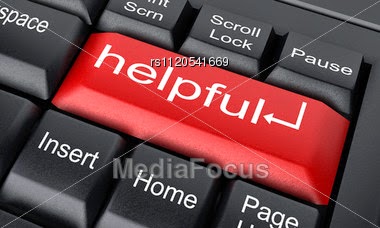