During our women's league team playoffs, you'll have to picture that most of the women on the league all like each other and are good friends.  Like 95% of us are all friends!

So, it makes it difficult sometimes to play against each other.

I have learned, like my friend Lisa Marr says, "friends away from the table" because otherwise I use to have too soft of a heart when I played pool and that gets in the way of a killer instinct to want to win.

Anyway, so during our women's league team playoffs we are playing against some friends from an opposing team and one of the players is really struggling.  Turns out she was coming down with the flu, but she didn't know it at the time.

She's on her second match and struggling and she says out loud, "man, I can't make a ball today."

Well, one of my teammates immediately tells her something like, "You'll be fine, dont' think that way."

And I just REACTED.

I felt so bad I did this, but I said right away to my teammate out loud kinda snappy, "Don't tell her that!  She's our opponent.  Don't pump her up."

I realize they are friends and she was just helping her "as" a friend, but against each others teams we aren't suppose to be friends.

I know it was very natural for her to want to offer her support and kind words because she was struggling, but that was not the time nor place for it.

But... *I* could have handled that better and whispered in my teammates ear, instead of saying it out loud, kinda getting on to her.  I think our friend (yes, she was my friend, also) might have heard me say that, which is rude when you are trying to play.

I realize my teammate prolly took my words as advice eventually, but it prolly came across as getting on to her right then, not helping.  :( 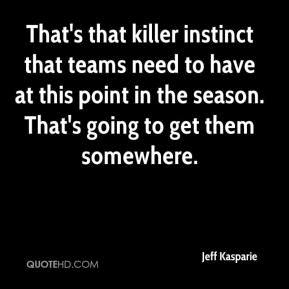