As many of you know, I run the Omega Billiards Tour in the Dallas / Fort Worth area.

One thing I learned the hard way when I ran the OB Cues Ladies Tour for ten years was, taking pics of the finalists can be tricky business! 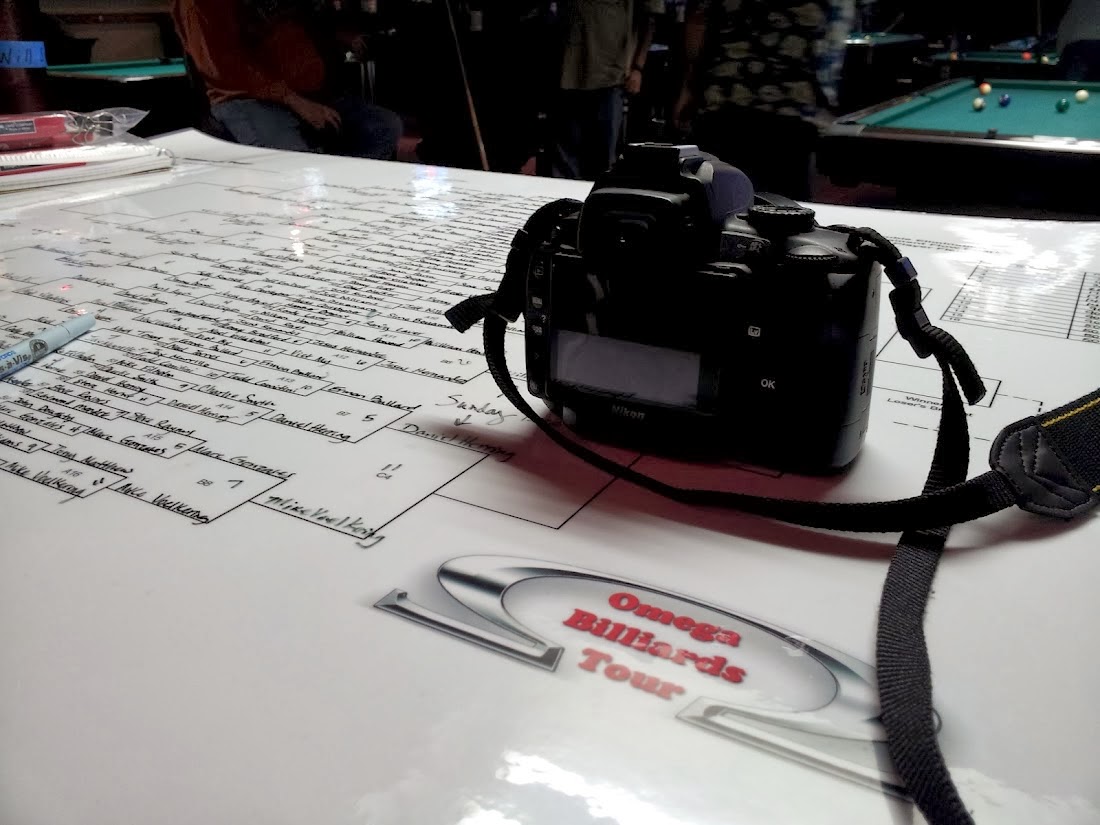 If you want the final two players of that stop in a pic, that is really pretty easy.  While one player will be upset they didn't win, the still will be okay temperament-wise to be in the phot because they will be all over the internet and in magazines still because they were in the finals!

I have always been of the opion that 3rd place should also be in the photo!  Le'ts face it, third (3rd) place is feat in itself, too!  Not just 1st and 2nd places!

However, two crazy things have happened too many times and so I have changed my photo-taking routine:

I take a pic of the final three players BEFORE the semi-final match is played!  This way, they are all happy and smiling because they are all still in the tournament!

Many times in the past, even if the 3rd place finisher is still there after the finals, they turn down being in the photo because they are upset, so doing it BEFORE the semi-finals solves all these problems.  :)