As I mentioned in my previous blog entry, I played at the OB Cues Ladies Stop last weekend at Jamaica Joe's in Oklahoma City, Ok and had a rules issue with a new player in my second match.

In my 3rd match, something else happened that was stressful and could have potentially ended very badly.

I am on the one loss side in my third match playing against a really good player.  This outcome will determine who goes home early or not.

I somehow manage to play decent though.  We both made mistakes, but I found myself up 6-5 in a race to 7!  I played great on the hill game, but I over hit a cut on the 8 ball and barely missed it.  She wins and therefore the match is now hill-hill.

We play our little hearts out the last game.  One will go home; one will win this match and eventually place 7th on Sunday.  Who will it be?

We both play safe and or miss the 7 ball a few times in the last game of this important match.

One final miss by my opponent and I'm about to get hooked on the 8ball.  My opponent shouts, "get behind there!"

I'm a little stunned, but not really.  I truly respect her game more than most, but I also know she sometimes says things out loud.  She is an extrovert and very competitive.

The 7 and 8 are close to each other and I'm indeed hooked and can't see the 7ball.  I decide to kick short rail towards the 7 because I notice it could actually be made in the side if I kick it good.

I look at my angle for the kick, then walk to the other side of the table and shoot towards the balls.  I don't make the 7ball, but the 8ball goes two short rails and falls into the side!  I'm pretty pumped!  I start to approach the 7 ball and all of a sudden my opponent asks me if it was a foul.

I stand there dumbfounded.

I knew it was close, but I stand there going over the shot in my head trying to figure out if I really did foul or not.

Pretty critical crucial situation I'm in. I look at the table and there are two balls left; each sitting right in front of their holes; it's hill-hill; one-loss side.

She then finally says deflated, "You know what, I didn't call a ref over."  And her and I both know it goes to the shooter because of that.

I still don't really know what to do.  She's upset.  Not loud, but her body language is such that she truly feels it was a foul, yet since there wasn't someone to watch it, she knows there's nothing she can do about it and is about to lose.

I say in a whisper, "I thought it was a good hit."

She then explains to me why it was a bad hit.  "The 8ball moved toward the right, if you hit the 7 first, it wouldn't have done that.  But, I didn't call anyone over to watch the shot - you shot too fast."

I knew I hadn't shot fast; I think she was just upset it ended up being such a close hit that we could have used a ref.

I still stood there and visualized the shot.  I knew it was close, but her description was correct what the balls did and therefore I did indeed foul.

If I thought I for sure hit the 7ball first, I would have easily stood my ground.  Instead, I knew she was right.  I walked over to her and shook her hand.

I didn't even make her shoot the last two balls.  They were both sitting in front of pockets.

She wanted to run them out and I told her don't worry about it.

A guy was filming (or taking pics, we weren't sure) but she wanted to see if it was on video.  I was pretty adamant we didn't need to see anything on film - I had fouled.

It was a tough ten minutes or so.  But while I wanted to keep playing in the tournament, I couldn't win by foul.  It's not in me. 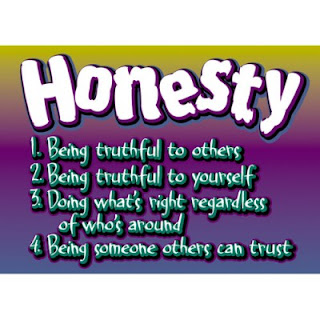 I'm glad she spoke up - because at first I really did think it was a good hit.  I think I was too in the moment because I was excited I made the 8 and was about to win, lol.

After the match, I find her in the crowd and again reiterated to her not to worry about a thing because I did indeed fouled.  I didn't want any hard feelings and started to feel quite embarrassed about the whole situation.

I also told her she doesn't have to say out loud for bad rolls to happen, tho.  I giggled as I said it (because I was uncomfortable offering the advice) and suggested she keep those thoughts to herself and just not say them out loud.  I didn't want further confrontation but I felt she needed to know that her outburst was unnecessary.

I admit, I prolly only said that to her because I lost a close match I should have won (if I hadn't missed so much earlier in the match).

Let's face it.  Many people would have just shot again.  Even I considered it, because I wasn't sure at first.  Being hill-hill and on the one-loss side makes for a tough admission.  The rule IS it does go to the shooter.  But I knew in my heart after she explained the balls' movements, I knew I had fouled.

I do wonder tho if I'm ever on the other end of a situation like this, would the outcome be the same.  I somehow doubt it, but that's okay. What matters to me is I didn't cheat to win.

We can agree to disagree all day that the ruling was a ref wasn't present so it goes to the shooter (me).  But the ruling in my heart and integrity surpasses any rule like that.

You did the right thing. Honesty and integrity will give you far more happiness in life than any prize fund, however large, ever could.

Melinda, I just have to say... you're an amazing person inside and out! I enjoy your blogs, your comments, your outlook and value your friendship as well. You have taught me a lot in getting to know you. Thank you for all that you do... in writing your blogs, sharing your experiences and most of all for the people you love. You are very special!!! ♡♥♡♥
Look forward to seeing you soon,
Lyn