I played in the OB Cues Ladies Tour stop last weekend and ran into an unfortunate situation during my second match.

I was playing a new girl and we were going back and forth and the score was about 3-3 when this happened.

She kicked at the 6ball and didn't hit a rail afterwards.  She hit the rail first, then the cueball hit the 6ball, and both balls moved a few inches to the center of the table.  I asked/told her it was a foul - I didn't want to just pick up the cue ball without her realizing the error.

She looked at me confused.

I explained to her that the cueball nor the 6ball didn't hit a rail afterwards.  She told me confused, "But I hit a rail."

I tried to explain again a rail had to be hit AFTER contact is made.

She expressed that she was told a rail had to be hit, it didn't matter when.

I explained the rule again.  She finally succumbed and said, "okay" and I took ball in hand and ran out the few remaining balls.

I ended up winning 7-4 and felt pretty bad.  A female player attending their first tourney is very vulnerable.  They are already very nervous and out of their comfort zone.  And if they have a bad experience, they may never come back. 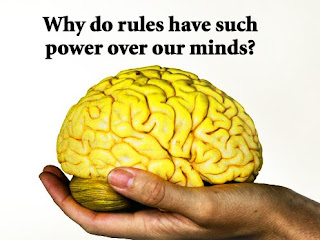 I was hoping the incident didn't put a bad taste in her mouth.  It was simply a rule confusion, but if I didn't explain it well or she didn't receive it properly, it could be detrimental.

I would over hear her say later she normally only plays 8ball, but even in 8ball the overall rules are the same, so I was kinda confused.

But, I was VERY happy to see her back on Sunday when she came back to play in the Second Chance tourney.  Whew!

She had a very good game and once she gets rid of the jitters, she will be a force to be reckoned with.
Posted by Melinda at 10:49 AM

Email ThisBlogThis!Share to TwitterShare to FacebookShare to Pinterest
Labels: Rules

How uncomfortable is must be for the opponent to have to call the foul AND THEN have to explain the rules. That amounts to undue stress, and as you noted, puts the game in a whole different light. It is undeniably the fault of the "newbie" for not knowing the rules in the first place, and then questioning the rules once they're explained. Too bad this happens so frequently.