It's amazing to me the comments people say.  Why say negative things?  Seriously?  Why?  Why point out obvious mistakes?

As usual, there are some unfortunate things that happen during tournaments.  But, that's the way competition goes.

This year, I not only expressed myself more than usual, I also seriously evaluated more the "whys" of my feelings and thoughts.  While I despise negative comments, and while this blog is pretty much one big whine fest, I am still glad a lot of negative things have happened so I could try to control my thoughts better.

In other words, instead of just feeling and reacting (badly) to the raw, negative emotions from the negative words I heard, I instead tried to think about why I was bothered.  Then I tried to rationalize my feelings.  It really helped me overcome my downward spiraling thoughts.

And let's face it, we have enough pressure to play well and enough inner demons to deal with, so it's beneficial to our pool game to try and not let outside influences affect our mental game even more.

The reason for this blog entry:

Back in May, I watched a men's team (from my area) play in the BCAPL Open's Team event of the National Championships in Vegas.  I knew 2 of the guys on the team, but the other 4 I had never seen compete before.

I saw one of the teammates I didn't know (let's call him "NJ") verbally expressed his excitement for good shots, but also his discontent of his fellow teammates when they messed up.  I was MORTIFIED!  How does a teammate hit a wall after a fellow teammate misses?  How does he verbally assault his own player with crappy comments if they miss?

While I appreciated his enthusiasm and support of his teammates when they would get to the table, but God forbid you make a mistake because he WILL say something out loud.  To you.  In front of your teammates.  In front of the other team.  In front of all the bystanders.

After I witnessed this, I was VERY concerned about him watching our women's teams matches.  He had already watched a few games and I figured he might watch some more.  Sure enough, I saw NJ at breakfast in the Cafe on Friday morning and he wanted to know what time our match was so he could watch.

I had even told one of my teammates as soon as I saw him act like that, "if he says anything during our matches, I'm gonna ask him to leave."  She replied, "do it if you have to."

Sure enough, NJ and a couple of his teammates show up to our first match of the second day of the Women's Open event.

I was up first and I admit I was proud of myself for not even thinking about him while at the table.  I have had MANY situations in the past where I'm standing at a table, and wondering what an audience member is thinking of my choices.  This time, I was only thinking about pool. I didn't care who was in the crowd.

I made a bad decision on my 3rd ball left and HOOKED myself on the 8ball.  I knew as soon as I shot the shot before, I had made the wrong decision.  I didn't listen to my gut.  And, so I got hooked with a bad shot.

Luckily, the ball before the 8ball was "in the hole" and I just had to a kick long rail bank to make it.  I felt no pressure and made it.

This left, however, for a VERY long straight-in, tough shot on the 8ball, with the cueball pretty much on the rail.

I got down on the shot, took my time, stayed down, smooth stroke, and MADE IT!

I couldn't believe it!  I was so elated.  It really was a very tough shot! 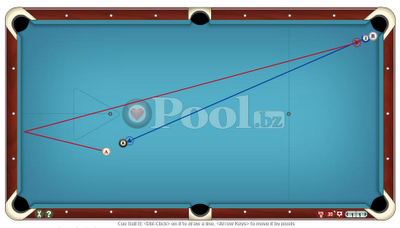 High fives all around and then I sit down with my teammates, and I couldn't stop smiling.  :)

NJ says, "nice kick, but you should have shot the 2ball before the 5ball."

He stopped talking and I was very upset.

I leaned to my teammate, "I'm gonna have to ask him to leave.  I don't want to be bothered by him when I'm trying to play.  I do NOT want to be thinking about being judged while I'm at the table."

"I'll support you, ask him to leave.  It wont bother me."

That was her way of saying without saying, that he can sometimes bother her, too.

I had to get more off my chest.  I told her," I'm serious.  If I think someone is questioning my decisions, I wont be able to play well and will be second guessing my choices," I confided.

I'm suppose to be the clutch player, I don't need anymore pressure than I already had!

Eventually, I guess he left because I never had to ask him to leave.

I just simply DO NOT GET IT.  Why freakin' say that to me?  Why point out a negative?  Why not wait and *maybe* discuss it with me later?  Is he trying to point out I'm wrong?  Or is he just trying to point out he's right?  Does he *really* think telling me what I did wrong and what I should have done will help me play better? 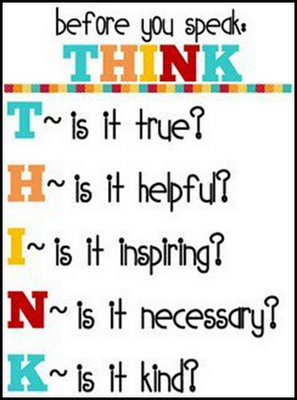 Listen, all it does it make me question myself.  Makes me contemplate what I *think* others *think* I should do.

I was already very aware I made a mistake.  Hello?  I HOOKED MYSELF!  Yes, I don't need to be pointed out what I did badly; I knew already.  Pointing it out does NOT make it better for me; or anyone.  No one that I know of plays better being told they messed up.  And then, to do it in front of people?  Is that really motivation?  No, it's just embarrassment.  Was he trying to show off that he knows best?

Why say something AT ALL like that?  Why not just clap and be thankful I even kicked the ball in and then made the tough shot?  Does it help his ego?  Does he think he's helping?  Seriously?

For the rest of my life, I will not ever like this guy watching me play pool.  Ever.

Even when a teammate expressed a mistake I made, it made me feel bad.  I do NOT thrive on people pointing out mistakes or negativity.

I realize I've wrote about this before, but I'm still so shocked when it happens.  It takes such strong mental capacity for me to overcome things like this.

I am proud of myself, though.  I really handled my thoughts better during the women's team event.  I tried not to let things get to me like they used to in the past.  I tried to rationalize why I thought the way I was thinking, which helped me get over comments or situations faster than usual.

Sure, things still bothered me.  But, for some reason I overcame them with either methodical thinking, rational thinking, or by venting to someone.

My mental toughness became more solid as time went on during the event.  It's a great feeling.

Still - I don't like to be embarrassed or mistakes pointed out.  Duh!

I fully admit there IS a time and place for such things to improve and learn.  But in the middle of a match is not the place nor the time.