Less Knowledge Can Lead to Improving

When I played in the BCAPL Nationals Master's Scotch Doubles event in 2010 in Las Vegas, my partner was a mere 25 years old and one of the top one pocket players in the state of Texas.  I was 15 years older than him, but he was much more experienced at pool than I was.  His name is Sylver Ochoa and he had been playing one pocket for over 10 years or so and so he was very knowledgeable and talented about all the games of pool way younger than I ever was, lol.

What I learned playing scotch doubles with him (read my blog report of that tourney here) was just how unknowledgeable I was about 8 ball/patterns, lol.  You'd think that is a negative thing, but eye-openers are not usually a negative thing, right?

You see, after the break, he would walk up to the table, look at the layout of the balls, and then almost immediately know the best pattern for a run.  He saw the whole table so much more differently than I did.  I walk up there, and then stand up there wondering what should I shoot next for him, or how to get on the next ball.  He instead saw the patterns for the entire rack.

Don't get me wrong, I knew strategy of 8ball well, and so we played really well together and actually beat a lot of tough teams.  I had enough experience under my belt to know when to run out and when not to.  But it was the obvious patterns I still lacked quick knowledge of.

I realize that his top skills, fast improvement, and becoming a top pro player quickly at such a young age allowed him the luxury to see the layout of an entire 8 ball layout much easier than I did.

But it was still so impressive to witness him almost automatically see/recognize the proper pattern to  connect each ball naturally to run out.  At one point, I wasn't sure if I should have shot the 7 ball or the 6 ball, and his response was so obvious lol.  "You make the 7 first because that naturally connects to the 6 ball which then sets you up for the 2 ball and that will lead you easily to the 8ball.

As you know, there are a ton of different ways to run out 8 ball; there are so many choices!  But he saw the "correct" paths and connected the proper pattern to each ball so well and quickly, that it really proved to me I needed to work on my patterns lol.  It was a great experience to find out I had so much more to learn about pool! 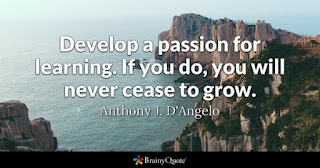