Katniss sent me a message the other day, "I have a quick question for you."

Being who I am, I got all excited!

I replied, "I love questions!"

She asked, "Do you believe that players get comfortable with league play and not so comfortable competing in big tournaments?"

Wow, what a question!

"It really depends on who you are asking about.  Some league players stay league players and never really improve, and therefore don't do well in big tournaments.  They are perfectly fine with that - they love playing in league with their friends and they have a lot of fun.  While other league players want to work on their game and improve, and when they do that, they become better competitors in tournaments.

So, the answer is really yes and no."

Katniss replied, "I was asking because of a certain player who is in the top spot of my Tuesday league...he did not place well in singles at the State tournament this past year. I mean, we can all have bad days, so maybe he just didn't do well this year. But the top players on my Tuesday league never miss - either against me or my teammates. So, I think highly of their game and expect top performance at all times, so that is why I was surprised of their finish. Or maybe they do not do well in big tournaments with "other" top ranking players? Hmmm."

I told her I had wondered that exact same thing before about top players in league who don't finish well at the state tournaments. I never really understood it, either.

She is exactly correct.  You see, many of the top league players get super comfortable and quite content in their weekly leagues.  But if they don't work on their game, don't want to, or don't play in more non-league events, then they wont be competitive in tournaments.

"For some people, it's a natural progression to go from league play to big tournaments and/or playing on tours.  For others, they only stick to league (or only have the skills or means to do league play) and aren't interested in playing in other types of tournaments.  Or, they might want to improve, but they haven't really done anything about it for years.

So, again, the answer is yes and no."

She said she understood and also defended them saying, "Oh well, everyone has their own feelings and reasons as to why they do what they do."

And she has a good point!  Some people are perfectly fine with only playing in league; there is nothing wrong with that at all.

This is a good time to share something I witnessed when I ran the Omega Tour.  A couple of good friends of mine who were top league players finally wanted to play on the Omega Tour when it was being hosted by one of their local pool rooms that they were used to playing in.  It was close to their house, they felt "at home," and it was a comfortable setting.  So, they took the plunge to play on a Tour stop!

Although these two guys were extremely successful on their league teams and the type of player we all feared at league, they quickly discovered they were a fish out of water playing on the Tour.  They were no longer the top player in the room.  And the feelings and pressure they experienced were pretty rough on them.  Neither lasted until Sunday, and they were very disappointed and disheartened.  But, they simply didn't have enough experience away from league.  One of the two guys played in another stop, but by the end of Saturday night he was out of the tournament and then he wanted his money back for the events he had paid for in the future; he recognized he just wasn't competitive.  He was so deflated - I felt very bad for him.

Sharing this story is not to deter anyone, it's to share with you that we all start out this way and it just takes time and experience playing in different types of tournaments often to become competitive.  It doesn't happen overnight.  I truly believe if they would have kept playing on the tour, the next year or two they would have been lasting until Sunday.  But, while one was interested, his schedule didn't allow for that and the other was just too frustrated to keep trying.


But her question leads to the EXACT tip I have stated over and over in my blog that one of my all time greatest pieces of advice to improve is to play in as many tournaments as you can.

"In order to do well in tournaments, you must play in as many as you can. Please hear these words. You cannot learn to handle pressure or learn mental toughness with only a couple of tournaments a year. You need conditioning over and over in a tournament environment to give yourself the best chance to gain experience." 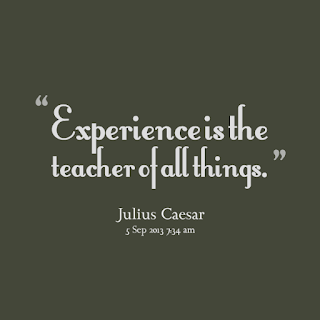