Danielson mentioned the other day that he was gambling a few guys in the city he lives in, to help him stay in stroke.

He told me he gave a couple of his opponents "the last two." I thought it was kinda weird, as all the guys he played were about even, but he brought up a really good point I hadn't though of, and wanted to share.

Because I don't gamble, this hadn't really crossed my mind before I guess.

He shared with me, "They wouldn't play even, so I figured I would offer the last two because I really wanted to play. Plus, the way I see it, if I can't win giving the last two, I probably can't win even."

And what Danielson learned was, "If I'm playing good, they have no chance. But I really have to play smart at the end of the rack to not give away games. That's how I lost one of the sets."

And he's right - giving the last two will help him focus more because the end of the rack is crucial when giving up the last two. And in turn, all of this experience will carry over when he competes in tournaments.

After a few weeks of doing this, he was kinda giddy, lol. He shared, "These guys really think getting the last two is a spot...lol."

Then he got serious and reflected, "But giving those guys the last two really makes me bear down. I still need to work on my 3 ball patterns to stay on the correct side of the ball... but I feel like I played well and these matches are really helpful." 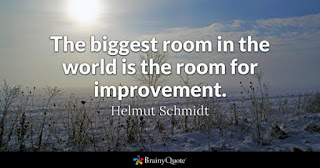 Email ThisBlogThis!Share to TwitterShare to FacebookShare to Pinterest
Labels: Gambling, The Danielson Series