Quieting the Talker - The Danielson Series

Have you all wondered where Danielson was?  Yea, me too.  Finally heard from him, though.

The other day I got a text out of the blue, "You busy?"

I hastily replied, "Not really, just sat down at a poker table in the poker room of Winstar Casino lol.  What's up?"

Turns out he was about to play a guy who was a real talker - one that had in the past got under his skin for being kinda cocky, crappy,and just talking too much when they played.  I guess you could say their banter got out of hand and became personal and rude, instead of fun jabbing among friends.  And now it was down-right sharking.

Danielson said he wanted to talk about the match with him.  I told him via text, "The goal is to shoot his nuts off.  Doesn't matter who your opponent is.  If he talks smack, punish him.  And focus on 3-ball-shape, you'll be fine."

His reply was, "Gotcha - best way to shut him up is to run out."

I reiterated, "Yep.  Punish him for talking."

The thing I failed to remind him was to not get upset.  When I say, "punish" someone, it's not an upset reaction, more so you are laughing at them, I'll show you not to talk to me that way hahaha by running out.

I asked Danielson a few days later if my golden words of insight were helpful (I'm an only child, feedback is key for us only children, lol).  He said it was when he thought of it, yes.  So, I patted myself on the back and typed up this blog entry :)

Btw, he ended up losing only hill-hill, so I consider that a success!  From his perspective it wasn't, as he lost, but to overcome an adversary who you know ahead of time can get under your skin, is a success, not a defeat.  Then again, that didn't affect my pocketbook, so I can call it a success easier than Danielson can lol.

Remember people, punish them with your art on the pool table.  Quiet them and don't let others affect you. 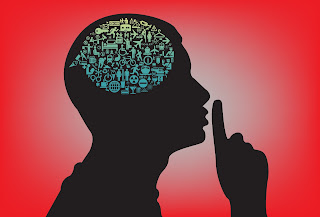