Tongue Lashing After a Loss

I find it interesting, (well, actually disappointing and sometimes shocked is better terminology), the way people act when they lose.

And I don't really mind people slamming fists on tables or snapping their cues (although I feel bad for the cues, lol).  But what I'm really referring to is the tongue lashing a player may get because they defeat someone.

One of my friends (I'll call her "CJ") was playing in the masters division of a national tournament once.  She decided to see how she would fair among the top players, as before she was kinda timid about if she really deserved to be there or not in that division.  The irony of her reason to play or not and the story I'm about to share about what happened to her, is truly astonishing.

In her first or second match, she defeated her opponent (another friend of mine, who I will call "Suzie") and instead of shaking her hand nicely and just walking away, "Suzie" said something to like, "You shouldn't even be in this division.  What have you accomplished to be here?"

When I heard this, I knew immediately the only reason "Suzie" said that was because she lost, but that doesn't mean it was right at all that she was so rude and mean.

But I was shocked the one thing she decided to say was about why 'CJ" was in the division anyway. Why would that even matter?

I know both ladies well and both are super sweet.  But it shows how the game can really bring out the worst in us when we lose, especially when we feel we shouldn't have lost.

Let me explain a little further.

I happened to walk by that exact match and I noticed there were friends of "CJ" watching their match but also talking too loud and being too talkative.  So, I think "Suzie" reacted that way not just because she lost, but because she also had other negative things going against her that upset her throughout the match.

BUT STILL.  Doesn't mean it was right to chew her out for winning.

So many people do this.  It's not unheard of, unfortunately.  People even do this in relationships, or with people they don't even know.  Take for instance someone who gets irate at bad service at a restaurant or standing in line too long while their blood boils from frustration.  The waiter or cashier gets chewed out.  It's the same concept:  getting really upset or embarrassed or pissed and taking it out on someone else by snapping at them.  But, doesn't mean it's right.

I actually grew up being verbally abused and I didn't even realize until my mid 20s it wasn't right to yell at someone.  Yes, really.  And then it took me 10-15 more years finally stop being that way through much help from loved ones.  Seriously, 10-15 more years to stop, even after I knew it was wrong.

So, I can understand and relate.  Still.... doesn't mean it's right.

"CJ" was mortified and hurt, and it really made her feel badly her opponent was so rude to her.  It's tough to feel elated to win a big match when someone chews you out right after.

BTW, "CJ" ended up in the money and she proved to herself she does indeed belong in that division; no matter what "Suzie" thought. 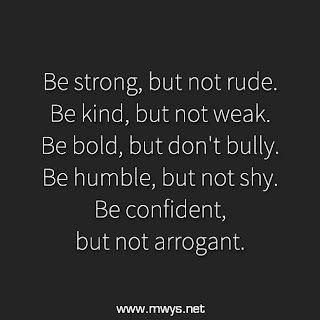