Being a Team Player Can Hurt - Project Hunger Games

I admit it.  I feel bad for my friend, Katniss of Project Hunger Games.

You see, she has a lot of talent, potential and love for the game.  However, she has a bit of a disadvantage.  What is this disadvantage I speak of?  Well, unfortunately, her own teammates.

You see, she confided in me back in May that she doesn't get to play all 5 of her games on league night because she has teammates who complain about wanting to play, or feel they deserve to play, or whine they aren't being played more.  So, she gives up her 5 chances every league night to improve her own ranking on the league so her teammates get to play more.  Even though she's the top player on their team, she still does this selfless act.

So, what happens when people complain?  We get in a foul mood, get a bad attitude, and therefore can't compete well.  This in turn (oh the irony!) upsets her teammates because she's isn't winning all her games.  Little do they know, they are the ones affecting her play!

So, she is sacrificing not playing as much, not playing her best because she's upset and it not only affects the team standing, but her individual stats as well.


Katniss shared, "I get to the point that I don't enjoy competing....its not fun anymore. So I don't try, because I'm dreading it."

But a month later something really awesome happened.  She struggled with her unhappiness for many weeks and then decided to do something about it after giving it some thought and talking over options with her husband.

She decided to have a team meeting and they set up ground rules about who should play and why (based on stats and future incentives).  This is another ironic thing as it not only helps her, it also helps the weaker players to give them incentive to help their own game so they get to play more!  So it was a much-needed change/decision that ended up helping the entire team!

Being on a team is one of the highs in life, but it can sometimes come with conflict and drama.  Once those are ironed out, watch out - fun times and better play ahead! 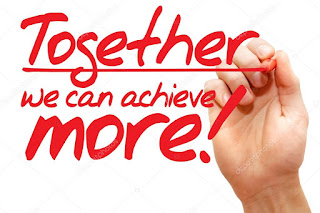