I mentioned that I have been helping a friend with his game, mostly by just talking about the mental aspect of the game and such, and usually right before or after tournaments.

Well, his progress has been such that he and I thought I should also be sharing this information all along this year with you all as well.  Kind of like a progress report.  And also so you can learn along with him.

Sure, I wrote about this "coaching" a few times already (here and here), but after every tournament, he and I chat about something new that came up for him from the previous weekend's tourney, and he's telling me it's really good info that I should share with others.

Most of the time I've already written about it in my blog because I've gone through the familiar situations already in my pool journey, so I find him previous links to blogs I've written.  It's actually really cool I've written about many of the topics already; proves we all go through similar mental situations in our pool journey.  But he suggested I reintroduce these links to you all as well, as a sort of series of learning blog posts.

This player was ranked in the 60s on the Omega Tour End of Season Standings in 2015 and in the 40s in 2016.  He also went 0-2 in most of the stops those two years who never cashed in an Omega Tour event.  And this year he's turned into a player ranked in the top 25 who now is a threat to cash in every event!

I'm going to label this "Danielson," like the eager student in the movie Karate Kid who was a quick learner as he applied the lessons from Mister Miyagi.  So, in the blog pieces, I will be referring to the player as "Danielson" and not use his real name.

I'm even going to make a tab on the top of my blog so you can follow along when I update you all of his progress (which I will do this week).  Today is just to introduce the concept to you.

Dainelson and I hope you enjoy this journey of learning! 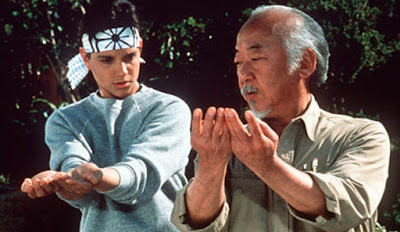 Email ThisBlogThis!Share to TwitterShare to FacebookShare to Pinterest
Labels: The Danielson Series