Playing on Live Stream - Love it or Hate it

I find it very intriguing when players eagerly announce they will be playing a match soon on a live stream, yet others do not.

I am intrigued because I am one who does NOT want to share that information, so I'm curious why others do.  They seem to welcome the attention; while I shy away from it.

I would hardly ever let others know if I was about to play a match on the stream table.  I think it had a lot to do with confidence, but more so - increased embarrassment if I played bad.  I shied away from letting others know because I was scared of the negative ramifications.

I fully admit that I am not mentally strong.  Why?  Because I sometimes would start to play worse if I began to think about others judging my bad play, which means I wasn't focused on playing my best pool, right?  I do agree at the height of my pool career that I was mentally very tough and could deflect negative thoughts and focus solely on the shots at hand and not get distracted.  That's when I was winning a lot of trophies for those couple of years.  But, I still didn't share with people even then that I was about to play on the stream table.  I will also confide that's hard to be mentally tough every single match, every single tournament; it's truly exhausting.

My point is, during those trophy years (lol) I didn't mind I was on the stream and it didn't bother me, but I still didn't advertise when it was about it occur. But when I wasn't mentally strong or confident in my game, I would be nervous to be on the stream table.

I can tell you it's a pretty awful feeling to play badly on a stream, in front of everyone live on the internet for all to see.  There's not a worse feeling.  And, if you start to play bad and then add to it by thinking about all the people watching you play bad, everything goes downhill.  And it just becomes a car wreck.

Just last month a friend of mine lost 0-7 in a match that was streamed live.  Her heartbreaking reflection right after was, "How do I recover from that?"

Instead of guessing on this blog post why some people easily announce they are about to play on a live stream, I decided to ask one of my friends about this!  No reason to sit here and try to guess - let's find out for sure!

My dear friend, and fellow player, Tina (Pawloski) Malm, is one who always advertises when she is about to play a match on a live stream.  Every time I would see this I thought, "Wow, look at her.  How is she able to do that so easily?"

And this is what she said during our great convo about the topic:

She said she figured out that her friends WANT to see her play.  Whether she plays good or bad, they still support her and want to see her play pool on a live stream.

She continued, "my friends are my biggest supporters.  And when I didn't tell them I was on a stream, they would ask me about it later and tell me they wished they had known.  I then started to let my friends on Facebook know ahead of time when I would be on a steam table because they like to watch me play."

She replied, "I just shake it off.  I know I don't play well every time; I know I can't win every time.  And I don't think about what others are thinking of me.  Do I want to win every time?  Of course. But, I know I will have some off days and I also know my friends still care about me, no matter if I play bad or not, win or not. "

Here is what is intriguing to me about her last statement:  She knows her friends still care about her and want to see her play no matter if she wins, losses, plays good, or plays bad.  Why is my mental makeup so different?  If anything, I worry about being embarrassed about playing bad in front of others.  Is it because of all the negative experience of crappy comments I have received in the past after matches?  Is it because I am not mentally strong enough yet every single match?  WHAT?

What I DO know is I love her perspective and welcome the attitude she has about it.  I think we can all learn from her thoughts and I'm very thankful she was happy to chat with me about this.

Here is another interesting thing:  I stated above, "I can tell you it's a pretty awful feeling, though, to play badly on a live stream, in front of everyone live on the internet.  There's not a worse feeling."

Pretty drastic difference comparing my concerns with her lack of worry about playing badly on a live stream.

She also shared another perspective and example.  She said she has a friend that plays a lot in different tournaments and although she isn't a top shooter, she still enjoys to watch her friend play on the live stream.  As she put it, "What else would I want to be watching on the weekends?  A friend playing pool is perfect."

I love her perspectives and thoughts! 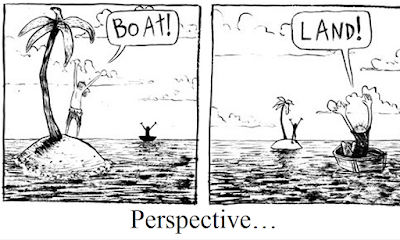 What I don't understand is, you will readily play for money and easily accept the pressure that goes along with it, yet you become an open wound when you have an audience. I am so very lucky to have seen you play both in person and via live stream. We're there, rooting for you. You may not hear or see us, but that's how we feel. It's a shame that you deprive us. It's all about us, after all :)

Well, I don't easily play for money and I don't feel I become an open wound when I play in front of people (nice wording choice, btw!). I actually like to play in front of a crowd - I know sometimes it's my place and I enjoy it when I'm playing well. I just would prefer not to play badly on live streams lol. Thank you for saying you like to watch me play; you have commented to me in the past when I have played badly.