Met an 11-year old up-coming pool player over the weekend that played in the Omega Tour stop.

He and his Dad were wearing similar shirts - with a cool story! 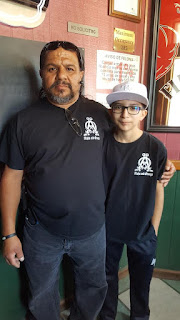 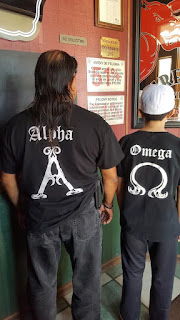 His son was "Omega" and Dad was "Alpha."  Alpha (Α or α) and omega (Ω or ω) are the first and last letters of the Greek alphabet.  His Dad said his son, Alex, was the last one in the family who is playing pool, so he had these cool shirts made to share the story.

Email ThisBlogThis!Share to TwitterShare to FacebookShare to Pinterest
Labels: Different and/or Interesting