Straight Pool at it Again

The other day I mentioned I actually cleaned off my pool table.  I brushed it and dusted it and it looked so pretty! 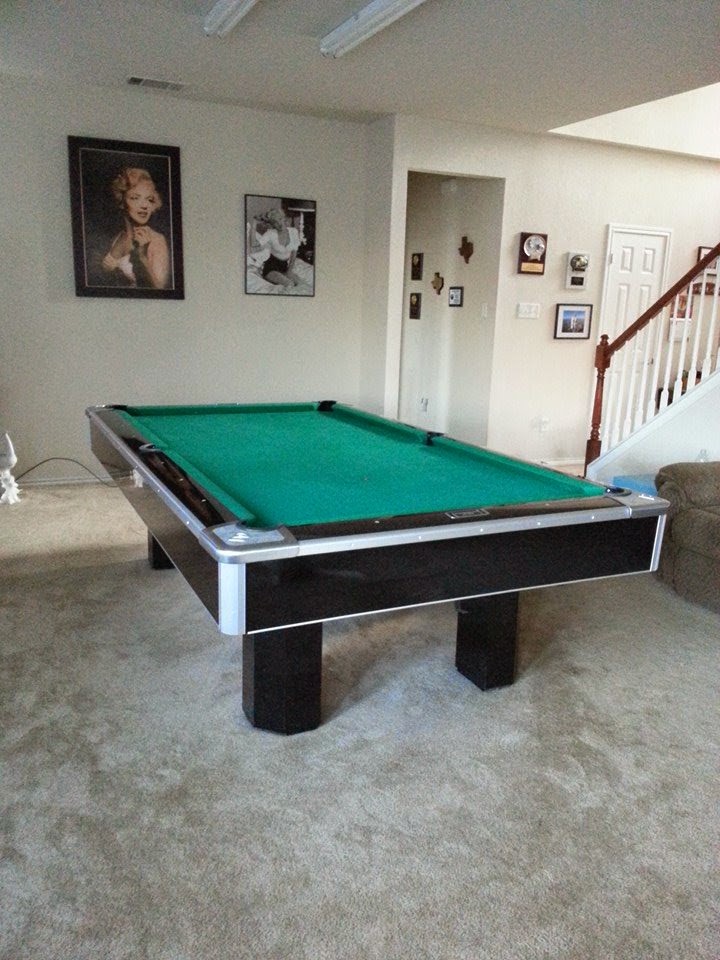 I never practice on it (I really don't hit balls at all), but wanted to clear it off, as I mentioned in a previous blog post.

Well, there I was Monday night, not doing anything but watching Major Crimes on TNT, and I was texting my friend Rebecca about her straight pool match.

And then all of a sudden I was like, "I should play some straight pool, too."

I got my cue, and since the table was already cleaned up, I just pulled the balls onto the table from the pockets.  Then, had to find the box the balls came in - I hadn't ever played with more than the 9 balls since I got the table in December, HA!

I broke a few racks with the break shot John Schmidt showed me in Vegas when I competed in the Straight Pool Challenge a few years ago: 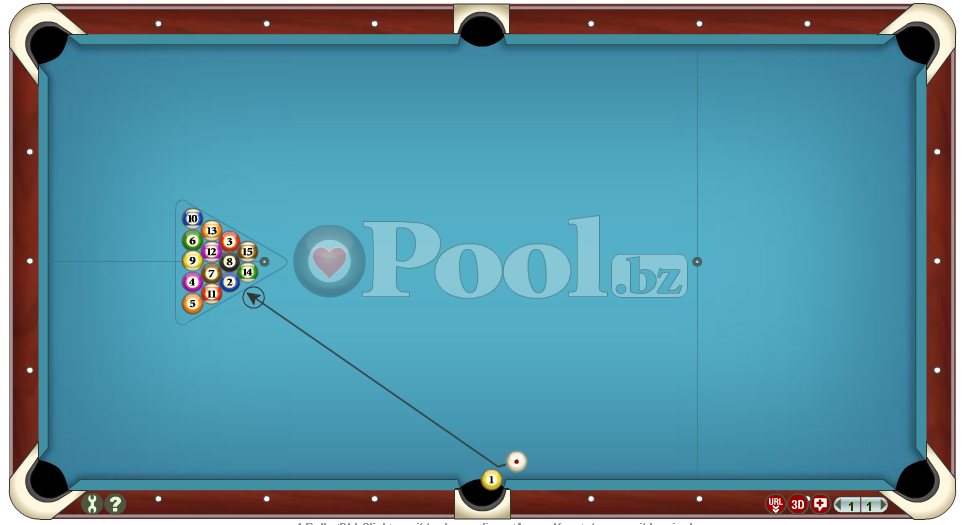 I tried this a few times with no success.  UGH!  I scratched, I got stuck in the rack, I scratched in the far pocket with too much bottom right, or didn't have shots,..... it was a mess!

Then I finally figured it out (it had been too long to recall what he told me, honestly).

And had a few racks I could make some balls.  I was seeing the table REALLY well - it was amazing.  I honestly thought about joining the straight pool league I had been in before, to see if I would do better since I am playing so much better pool in general.

I only played for an hour, but had a 24 ball run.  WOW!  I was stoked!  I don't recall my highest run from that league I was on, but I know I often didn't get over 14 balls lol.

But as straight pool goes, that wouldn't last long, lol.  This game is SO frustrating!

I was SO excited about playing (believe it or not since I don't practice or hit balls), I decided to play straight pool again on Wednesday instead of sitting on my butt and just watching tv lol.

So, I played for TWO hours this night!

I was SO frustrated.

I was missing a lot.  I couldn't get a good break shot a lot from that angle.  It was NOT fun at all.

I would re-rack after every miss or bad break. I must have racked a 100 times.  It's obviously "Easier" if you have someone to spar with, but I did not, so I just kept re-breaking after each miss.

Well, the next day I go searching in the 14.1 section of the AZB Forums for some tips.  I figure a few VERY important KEY things out that I was doing incorrectly.

First, the break shot I was using, no one really used.  I asked Marop (straight pool beast) about this and he said I should use the normal first break shot, because it will also allow me to practice it as it's the one that comes up the most.  Like at the beginning of this great instructional video from Mike Grosso:


Second and more importantly, I should NOT have been re-racking after every time I missed!!  I should have just started my run again.  OMG, really!  I think I was kinda thinking of the straight pool challenge where you have 4 tries and keep re-breaking.

Well, at home I don't have to keep re-breaking after every miss, I simply start my count over after I miss.  Sheesh!

I can't wait to play again already!  I think I will be more successful with these two very important changes.