After I won the BCAPL Texas State tourney and was on the cusp of winning the Scotch Doubles in that same event, it all of a sudden hit me to see if Mike Hoang and his company Omega Billiards Supply would like to sponsor my women's team to the ACS Nationals tourney

I figured, the worse that could happen was he would just say no.

We have asked other companies to sponsor our team, but the most we received (while VERY happy about this) was team shirts being paid for, and then those pool rooms get their names and advertising on the shirts they paid for.

I only stated the facts to Mike, that I thought we would have a good chance winning both women's team events, and I was riding on a successful frenzy, also.

He said yes!!  I was SO excited he believed in us!  He paid our team entry fees, and we bought and made new shirts that showcased Omega Billiards Supply: 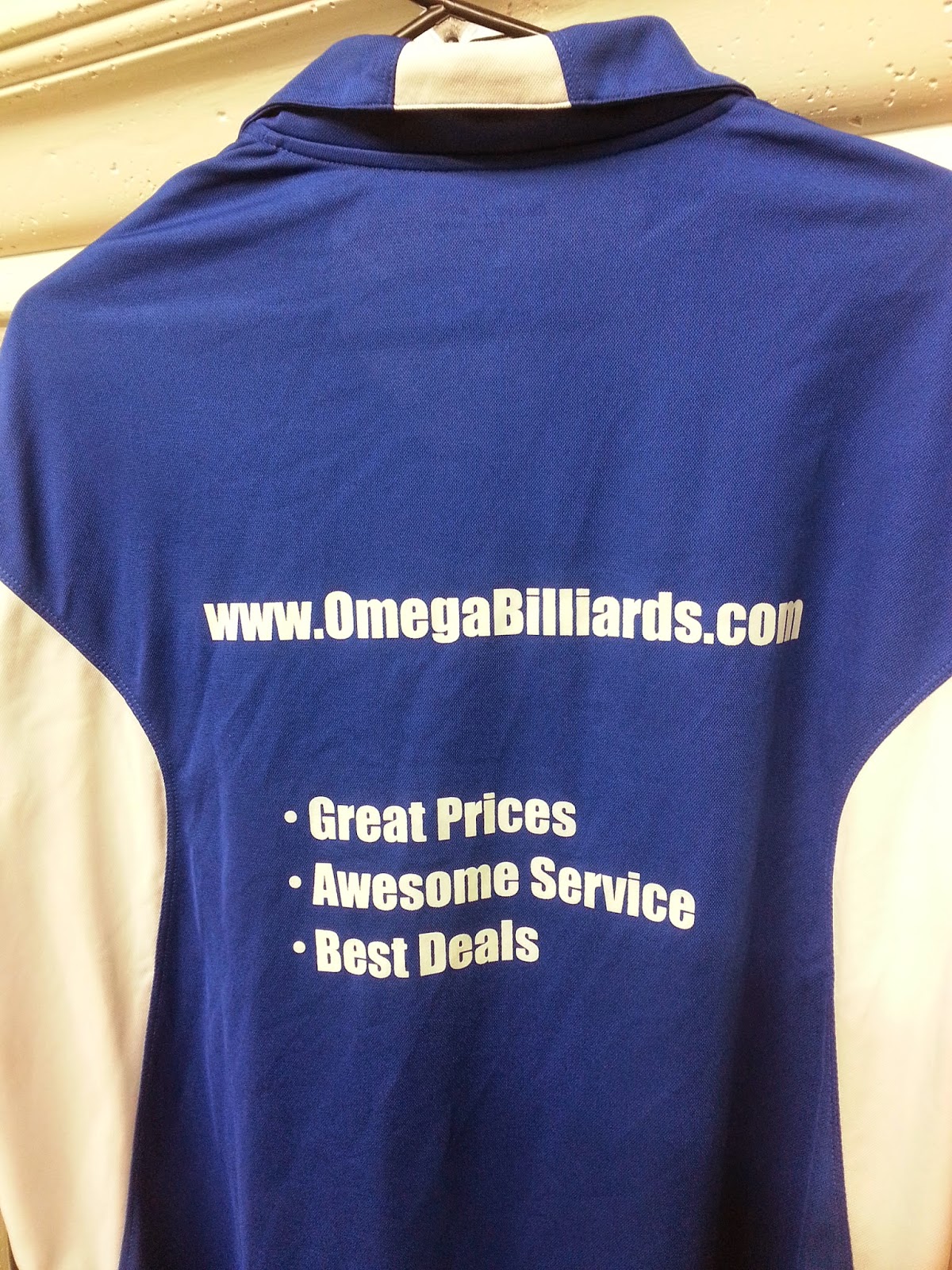 (thank you to Andy White of Irving Ink and Thread for the short-turn-around, quality shirts!)

John Lewis who runs American Cuesports (ACS) has done a fine job for the last 10+ years.  I don't know if he realizes that he makes dreams come true by running this league.

To become a National Champion is a dream come true.

I told both him and the Tournament Director that they made dreams come true by hosting the event! Yes, I told them with tears in my eyes!

And every day I would walk by Mike's booth and at the end of the day and give him an update.

He would smile back.

Morning of Day two:  "We are playing for the hotseat today!"

End of Day two:  "Hey Mike," (huge smile on my face). "We play in the finals tomorrow, for BOTH events!"

Day three, about 5pm: Mike was watching our match, as it was right in front of his booth, "We won the 8-ball, too!!"

To have support was AMAZING and much-needed money-wise, too.  We can't thank him enough for his support and belief in us.

To ACS and Omega, making dreams come true!  A HUGE THANK YOU!!