I played on my Thursday ladies league last week at the other team's home bar.

The other team informed me as soon as I got there that the second table (we use two tables every time), was missing the eightball. Someone had stole it earlier in the week!

There is only two tables in this bar, so I stood there stunned, thinking, "Uh, we will be here ALL night trying to play all our matches on one table!"

I called one of my teammates and she had already left the house (she had a set of balls at her house, but was already half way away).

Another option was to "borrow" an 8ball from another bar down the street.  They had already called and that was an option.

"Well heck, that will work!" 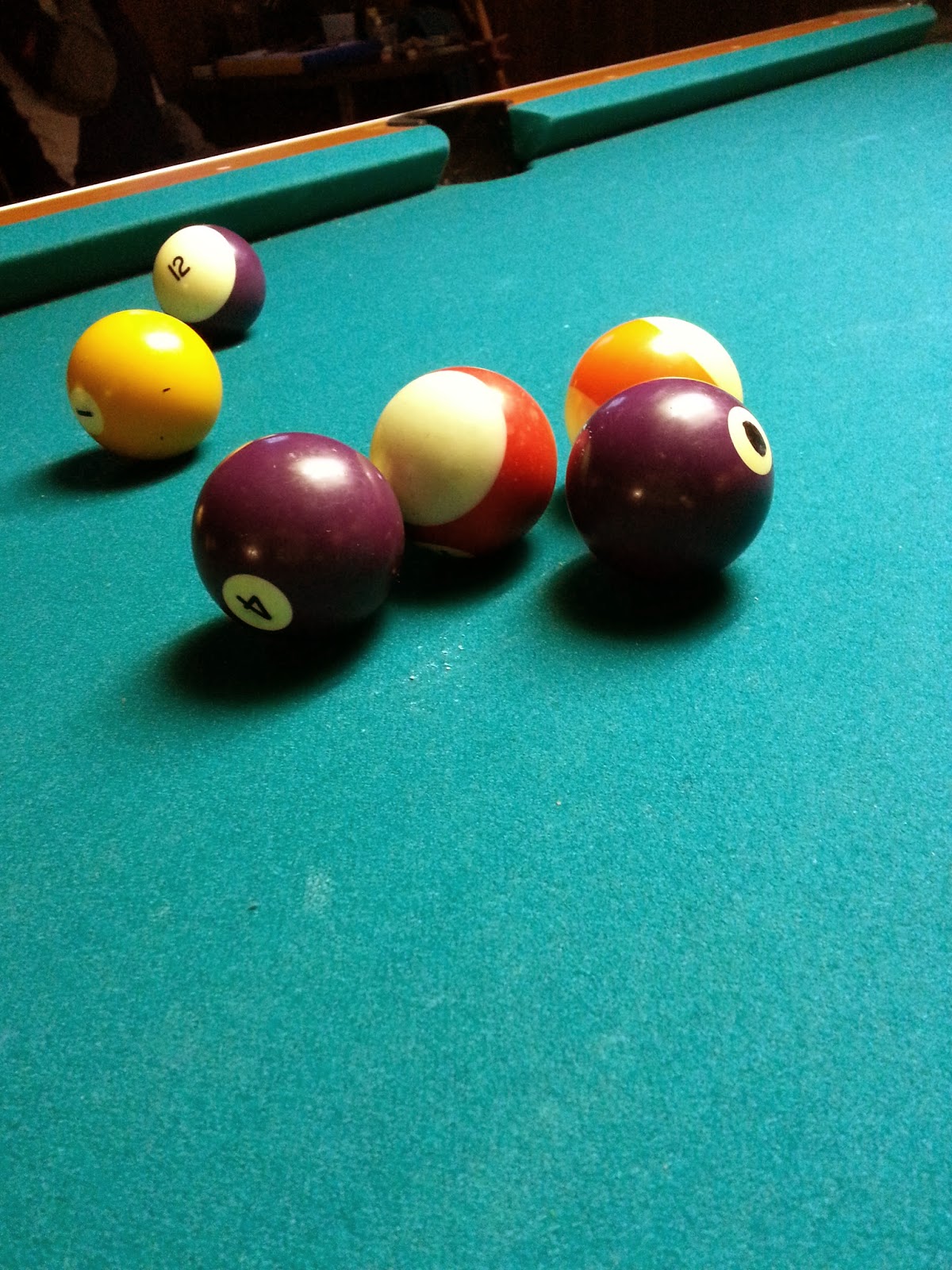 I admit it was tricky at times that night if you were solids, but not one person made the 4 (I mean 8 ball) out of turn.

Luckily we didn't miss the "8" ball too many times! lol!

it was pretty tricky though!