It's very difficult to play pool and not care what others think.  Certain people are in the crowd and you consciously think they are judging you or your mistakes.  Or, when you are playing well, you shark yourself because it crosses your mind they are thinking about how well you are playing, too.

When we think about what others are thinking, it means we are no longer playing pool.  It doesn't matter if the thoughts are negative or positive - any "thinking" that is NOT about the balls in front of us is a distraction to our ability to play our best.

Joe Salazar and I spoke about this when I was in Reno.  He shared with me over 5 years ago or more to not look at the crowd.  I love this "tactic" and I literally walk to a table looking at the floor so I don't notice who is in the crowd.  Certain people can throw me off my game.

He reaffirmed this important aspect of competition with me in Reno when we talked about how the reason we sometimes falter on the table is because we are concerned about what others think.  The key is to play for YOURSELF.  Not for anyone else.

As examples, when I play in big tournaments in Austin, while I don't look around, sometimes I would still notice a Mental Coach in the stands.  I used to play bad in front of her because she wanted to work with me.  I figured that meant I needed work.  Further, when I would watch matches with her, she would share mistakes about other players.  Because she discussed mistakes with me, I only imagined she judged my game as well.  A friend shared with me, "I think she wants to work with you because she likes you and wants to see you succeed."  It was a different spin on my negative thoughts, and now I play better in front of her.

Another friend in Austin, I adore!  He has never once criticized my game or shots.  He is full of support and if I see him in the crowd, I know he only wants the best for me.

Sometimes I worry so much about what people think of me when I miss, it can cause my embarrassment factor to go up and then I miss more.

There are two guys in my area that show up at tournaments to watch me play.  One I will call Chico and the other I will call The Biker.  I love their support and admit I don't know why they like to watch me, but it's cool to have a few fans that love the game so much.  As a matter of fact, they showed up on Sunday for the OB Cues Ladies Tour.

When they watch, even though I know they are full of support for me, admittedly, sometimes I still have to remind myself these certain friends only want the best for me.  Just like most people, when I miss, I get embarrassed.  When I miss in front of them, I try not to think I'm letting them down.  Or I try not to get embarrassed.  I tell myself they only wish I hadn't missed, and only want me to overcome and prevail.  I find it kinda crazy that even though they are extremely supportive, I still have to work to turn negative thoughts into positive thoughts.  I don't want to let them down, but I need to not even be thinking about them when I'm playing pool.  When I focus on ME, on my play, I play better.  As Joe says, "not what others think."

I honestly need to get over being embarrassed when I miss.  I need to remind myself over and over again what my boyfriend tells me, "Everyone misses.  It's okay."   Embarrassment makes my arms wobbly, lol.  Yes, I know you know that feeling, too.

When you can get to a point to not think of people on the sidelines, your game will go up.

Chico and The Biker are extremely supportive and NOT once have they EVER said anything ill about my game, matches, or misses.  NOT ONCE.  They simply watch me play the game they love. 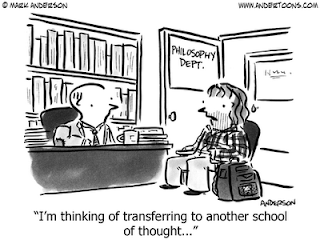 Two other guys, on the other hand, HAVE said negative things. I consider this one guy a semi-mentor to me.  He has given me tips over the years and I have appreciated his words of advice.  On the other hand, he is mentally very tough to handle because after matches, he only points out what I did wrong.  Semi-Mentor is very tough for me to fade when he's in a crowd.  I cringe at the thought of what he might say to me after.

The other gentlemen, who I will call Straighty, is similar.  He just says what's on his mind with no thought of how it might affect a weakened female who just lost.  He's told me things like, "You gave that match away."  One time he did that and I was so frustrated, I snapped back at him in retaliation, "You don't think I'm already upset??  Why would you say that to me?  I"m upset I lost!"  He just hugged me, "I know."

Another time he said, "Wow, you didn't finish well.  Neither did your friend."  Why would anyone say something like that??  Seriously.

So, you can imagine my fears when Straighty and Semi-Mentor were in the crowd on Saturday at the OB Cues Tour.  Straighty followed me and watched a couple of matches.  When I first saw him, I just told myself to play for myself and not worry about what he might say after.  Same with Semi-Mentor.  This day, I played my little heart out and played well.  I didn't care on Saturday who was in the crowd - I played for ME.

Straighty shared after both matches that I was playing very, very well.  I think I impressed him a little because he told me Saturday night, "This might be the best I've seen you play; I think you can win this tournament."

It was a great departure from when I'm usually being the kicked dog, lol.  But MY success was that I overcame them in the crowd.  I honestly didn't remember they were in the crowd til the matches were over.  When I first saw them, I just focused on me.

However, Semi-Mentor was his typical self, and he upset me.  After my final win of the day on Saturday, I went up to him to ask him about close shots.  He had shared something about them before, and I needed additional help.  I started off with, "I missed the 5 ball because of...."  He cut me off.  "Yea, I saw you miss that five.  The one you $hit in."

"No, I'm talking about a different one," trying to get back to my question.

He never once congratulated me or said I played well.  Maybe I didn't in his eyes.  But who cares.  I'm tired of the negativity and told what I did wrong and all my mistakes.  I still won that match, and then went on to place 5th!!  People feed off words of encouragement, not our mistakes.

My point is, that even though we need to care only about ourselves, it IS tough because so many people make un-asked-for comments about our misses, losses, games.  No wonder we sometimes worry about being judged.  We ARE.  And they TELL us sometimes.

It amazes me because the game is such a mental game; why make it worse by saying stupid, negative, un-called for comments?  These guys have been around pool enough to know that it's 90% mental.

The take-away from this post is for me to try and stop feeling embarrassed (a negative emotion) when I miss.  And..... play ONLY for me.
Posted by Melinda at 1:53 PM

Remind me when you see me next...

I want to talk to you about this subject in person...

Very nice text Mel :)
Best sentence i ever heard and learnt:
"You re just controlled by what you concentrate on!" Fits for every mental part and situation of the game of pool :-)

Have a smooth stroke and furthermore many great blogs :-)
lg
Ingo

I heard someone once say something to the effect that you only have to worry when people stop offering criticism, because it's means that they stopped caring. It's a nice sentiment, though it doesn't necessarily make it easier to walk away from a loss and have someone immediately point out mistakes.

Is it permissible in these tournaments to have someone (such as your boyfriend) record your match so you can review it later?

Good point, Matthew. Very good point. We can record videos, yes. I would have to buy a video recorder and tripod. Maybe some day I will be able to do that.

A video never lies- with a video you can detect almost everything :-)
If i work with students i always use a cam-- it s the greates defence against the bad *Yes...but.*
:o)