As I played my 4th place match in the ladies 10 ball division in Reno on Tuesday, it was the early afternoon, and I noticed that two of the top female players were gambling just a few tables away from my match. I had a very weird reaction when I saw them, and wanted to share. 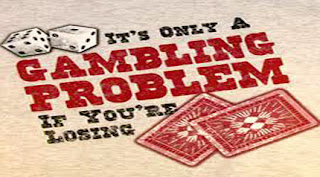 Granted, I gamble some when my boyfriend is around and I am not playing in a tournament, but I'm seriously just so very happy playing in tournaments. :)

I envy those girls a little bit because I know gambling helps their game, but not envious of all the crap that comes with gambling.

Plus, I'd rather try to win a title!

Email ThisBlogThis!Share to TwitterShare to FacebookShare to Pinterest
Labels: Gambling, One Pocket, Reno