I had a couple of interesting talks the other day that shed some light on gambling that wasn't very obvious to me.  Now that I have heard the words, it's so obvious it's almost silly how apparent it should have been to me.

When people gamble and that's their sole source of income, they not only play better, but they play "smarter."  When they need to pay their next bill, support their family, or pay that car note, they know how important it is to get in the right game, be more aware if their choices, don't take bad risks, and do what needs to be done to win (even if it's not right).  Sadly, even though they may play smart, they also sometimes don't have a conscious (I'll explain more in a minute).

A friend of mine mentioned the other day that he used to gamble better in the past - when he didn't have a job.  I was like, "uh, what?"  He went on to explain that he had more of a killer instinct when he didn't have a real job, because gambling was his source of income.  Now that he has a day job, he doesn't have to win that money like he used to.  He still loves to gamble and is good at it, but it was an enlightening moment for me to hear that about gambling.  I hadn't thought of that before - probably because I've always had a day job.

Within two days of that convo, another friend of mine commented that he never drinks when he plays poker because that's how he makes his living and he doesn't want alcohol to get in the way of smart moves or reading his opponents.  Now, when he isn't playing poker, he drinks like a fish.  But on that poker table, he's only sipping water and he's one of the refreshed players at the table to watch out for.

Makes so much sense, right?  I don't drink at my work.  I would never do that.  So, why would someone who gambles to pay bills risk that as well?

And of course now it all makes sense why I see some people take advantage of other pool players.  They could care less if they take advantage of their "friends" by side betting when morally they really shouldn't because their "friend" is in a bad game.  They could care less if they take advantage of a player who obviously isn't up to their speed, and the weight is completely out of line.  They only care about bringing home the money.  At this point, friendship is out the window.  What is right versus wrong doesn't matter.  What "should" or "shouldn't" be done is not a factor in any decision they might make to get in a game. 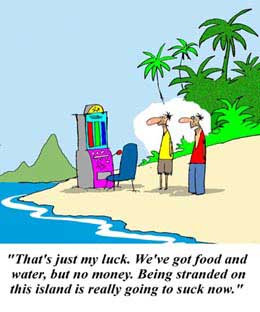 I play poker.  I play to have fun.  I would like to bring home some extra money, sure.  Who wouldn't?  But that's not why I play.  I bet if that was my sole income, tho, I wouldn't have those few drinks when I played.  And, I would be more mindful of my money.  Well, I hope I would be that way, lol.

Same with pool.  If pool was my sole income, I'd hit the practice tables more, play in more weekly tournaments, be more serious at the tourneys, and probably be as ruthless as these other guys who play pool for a living who don't care whose money they take.

As you can tell, I'm a little disgusted with this obvious revelation/realization.  Should have been so obvious to me before.  I'm ashamed it's taken me this long.  Maybe it's because I've been around it more than usual lately, so I've finally seen the light, lol.  Dunno.

Not faulting them for it.  But I'm gonna watch my back more.  Friend or no friend.  Money is no object when it comes to morals.  Where did the true friendship lines go?  Where did honesty and allegiance go?  Have I always been this blind?
Posted by Melinda at 9:42 AM

OK, I don't understand. Why is it wrong to side bet against a friend who has the worst end of a match?

I probably stated that incorrectly. I meant betting with the friend who obviously is in a bad game, but I suppose that doesn't matter either. Sorry for the confusion. Thank you for the comment!