I have had two matches in two weekends in a row during a women's event where I was up a decent amount (imo) and then lost. I will use this as a good wake up call for me!

Mind you, I came from a few big deficits and won my matches hill-hill myself over the past few weeks (well, few years, to be honest), but to have this "other" happen two weekends in a row makes me reflect more.

This Match:
I was up 5-3 in a race to 7. She took a bathroom break and when she came back, the tides turned! I was honestly thinking about how well I was playing - shouldn't do that! Then I noticed a friend watching who wants to help my game, so of course I want to show off my knowledge which leads me to play a little looser and leads me to be aware of his eyes watching me - but instead of focusing, a missed shaped on the 9ball led to a missed, tough, long rail cut on it. That easily led to an embarrassing feeling. Next thing you know, I miss a few more shots and she plays better than in the beginning and then she wins 5-7. Ouch.

The Other Match the following weekend:
I am up 4-2 in a race to 7. I am taking advantage of her mistakes and making tough shots. Then I miss a tough-for-me 9ball but shake it off as I mumble to her I hate that shot. She then wins another game and tells me she is feeling nervous against me and it's tough for her to get out. At this point, I lose focus, think of people around me, etc. A friend sits next to me and watches me play. I miss a shot and he tells me I should have played safe. I start to think while down on my shots too much and therefore play the wrong shots. I lose 4-7. Ouch again!

What was I doing? Why did it happen? What can I learn?

At this point.... Imagine me with my arm raised and waving it in the air (used with the same emphasis as the raised hand when Arnold gets excited because he believes he knows an answer to Mr. Kotter's question.)

I need to throw that 'comfortable cushion of the lead' out the damn window, bear down, and just move that darn round ball in front of me and not think about random things and instead FOCUS.

This lack of focus and thinking too much happens to me every once in a while and a reality check is always a good thing! Ahhh.... the power of reflection! 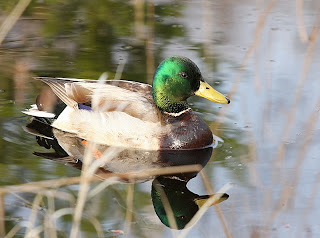 Photo Courtesy of my friend Carpe Diem on the AZB Forums
Posted by Melinda at 1:03 PM