Dennis Dieckman passed away in late July of this year.  He was a cuemaker, or as some have said, "The Cuemaster."

I didn't know Dennis, but I noticed that his passing made an impact to many on social media and so I wanted to find out more about him.

And what I found was too meaningful and inspirational to keep to myself, so wanted to share it with you all.

I snooped around on his facebook page and realized I have seen him at big tournaments before!  I hadn't had the pleasure of meeting him, but it was cool to recognize him.  I could tell right away he had a great sense of humor - several photos even he's giving us the finger, lol, which made me smile.  He also stated this on his facebook page about where he works:  "Work is something I don't do - I am an artist."  I love that!  And he had a deep love for cats (you all know I'm an animal lover, too).  He also has a website, if you care to read about his travels or would like to see photos from about 50 years ago of him making cues.

And it's obvious he touched lives - they are having a 3-cushion memorial tournament named after him in October.

I don't normally write about people I don't know, but I his last post really touched me, and I wanted to share it.  He posted this on July 3rd, and he passed away on July 27th.

This is what he said:

"URGENT MESSAGE--this is NOT Fake News
I have been told that without Chemo and immune-therapy i have only six months left on this planet and then it is back on the wheel. No problemo mi Amigo[a]s

AS SUCH: am pretty much abandoning FACEBOOK so any message sent using their platform will be ignored. You may of course phone me 24/7 [517-745-883] and I just might answer depending on mood at the time. And of course you can send me a REAL letter [ at POBOX 944, Buena Vista VA 24416 ] and I MOST CERTAINLY REPLY ASAP.
And OF COURSE i HAVE LOTS OF STUFF [from machines to sawdust ] that I need to sell RIGHT NOW IF IT GOING TO DO ME ANY GOOD. Just an other reason to call me.
So....do not cry for me [Argentina !!] but whenever you see another person in a wheel chair please ask them if they would like a push. You will meet some remarkable people doing this thang.....and it don't mean a thang, either."

See his humor?  And for someone who knew he wasn't doing well, to even write this and post this just touched me.  I also of course love his advice about helping people in a wheel chair.  I hadn't thought of that before and he's opened my eyes.

Here is some more info that is interesting for fellow cuemakers (MM):

After two tours with the Air Force in Vietnam, Dennis started building cues in 1973. He is one of many quality cue builders who trained for a time in Bert Schrager’s shop, who is another Hall of Fame member. Although Dennis built a lot of pool cues in his lifetime, it was Carom Billiard Cues that he was most famous for. Playing Carom Billiards was Dennis’ love with golf also competing for his heart. Dennis was one of the few American cuemakers that kept the butterfly pointed carom cues with wood thread joints going in the USA for a couple of decades. That was a great contribution, but his greatest contribution to our industry has been teaching cuemaking with his videos that go back to the 1980’s and his Cueniversity where he taught in shop cuemaking. One of Dennis’ students invented the Predator shaft and Dennis was involved in that. Dennis shunned CNC machinery, and instead preferred old school points, butterflies and pantographed inlays. He was also a founding member of both the American and International Cuemakers Associations (ICA). Dennis was inducted into the ICA Hall of Fame in 2008. Dennis was honored to have his cues placed in the Smithsonian Institution. Dennis served as assistant director in the ICA from 2004 until he passed away on July 27th, 2018 at age 71.

RIP Dennis.  Thank you for your contribution to the billiard community. 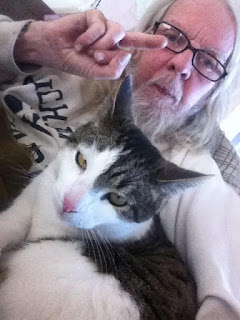 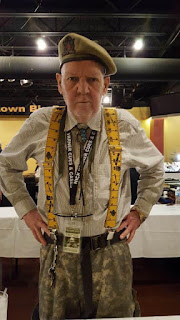 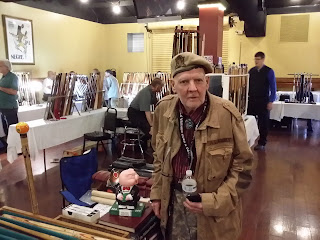