Playing Badly in the Middle of a Match

So, you may be wondering (or not, lol) if I watched any pool matches while I was helping out at ACS Nationals in Vegas in May.

Well, the Admin desk was right outside the large convention room of pool tables, and I had to make a few announcements at the Tournament Desk, which one could only get to by walking by the extremely LONG row of pool tables, so yes, I watched some matches, lol.  I would mostly stop in my tracks and watch matches of friends as I passed, just to see how they were doing.  Or, a few times I would watch the Master players, just because I like to compare my choices with their shot selections.

I probably didn't even watch an hours worth of matches, honestly.  If I was down at the convention area, I was working.  When I wasn't working, I was off to New York New York casino or Harrah's casino to gamble/eat!

At one point though, I did go see how a close friend and her team were doing.  I walk up, and she's at the table.  Two teammates tell me something like, "You need to talk to her, something is going on.  We feel bad for how badly she's struggling and feeling."

So, I sat down and watched her play that game and could tell she was playing timid, which can be a sign of negative thoughts or embarrassment concerns.

What she needed was a boost of confidence!

After she lost, she came outside the playing area and I got up and hugged her.  She didn't really want to talk to me, much less anyone else.  She was SO upset with herself for playing badly and she felt horrible for her team that she wasn't playing better for them.  As I hugged her, she started to cry - that's how much this bad play was affecting her.

I tried to give her some advice.  But as we all know, offering advice or opinions when someone is emotional is not usually the best time and your words aren't received very well, lol.  But, I still wanted to try, even though I could tell she just wanted to walk away from me so I didn't see her tears.  But, I was persistent and wouldn't let her go.  I told her that just acting confident, makes us confident.  "Scientific tests have proven this with actors," I shared with her, not that she cared, but I didn't want her to think I was just spouting off stupid anecdotes lol.  I told her the way to resolve this the best is to sit up real straight in her chair during her matches, even exaggerate her back being SUPER straight, so her body could FEEL like it's confident.  This act alone does wonders.

I also told her to take deep breathes.  Really breathe in, HOLD, then don't let the air out until she can feel her blood pulsating from her veins.  Then let the air out slowly.  This is THE best way to slow down our adrenaline.

I looked at her and she wasn't deep breathing at all.  "Are you breathing?  I don't see you holding your breath at all," I told her jokingly, but also being serious.  She tried to take a deep breath for me, as I still saw some lingering tears run down her cheek.

She was up again and off she went.  I sat and watched and sure enough, she lost another game.  BUT!  I could tell she was playing a little more confident, just happened to not win.

She was up right away again and I walked away, as I didn't want to be THAT parent who is eagle-eyeing her kid.  But I was still watching... and she ran out!

You could see how pleased she was and she was finally smiling!  I was so proud of her and was happy she overcame her bad/nervous/embarrassed play and started to play pool again!  Such a proud Momma I was :)

So, being the person I am, I asked her later that night or the next day with my chest out proudly, "So, uh, did my advice help you?  I helped you, right?"

I mean, she was playing better right away after I gave her a pep talk and was more confident right away.  Did I not the SAVE THE DAY??!

hahhahaha.  Actually, all funniness aside, I don't think it was my golden words of advice at all.  I honestly think it was more so I let her get her emotions out by crying and that was a release of stress and emotions.  THAT is what I think helped her.  Not my experienced words of advice that can move mountains.  hahaha

I think the key here is for players to recognize when you are having a "break down" or whatever you want to call it.  For guys, the cure/help may be to go to the bathroom and splash your face with water, or for them to go outside and yell real quick.  For me, I would have done some jumping jacks in the bathroom to literally snap out of whatever was going on.  Any type of release for whatever is interfering and causing your bad play.

Of course, the other solution could be all about mental activities to help you.  For some people it's a physical solution, for others it's mental activities that can help reverse our negative thoughts.  Deep breathes, filling you confidence flask, remember to love the game, etc.

So, let's be clear.... I'm not suggesting players cry, but I am suggesting to be aware enough that SOMETHING is going on and then you need to do something about it.  Whatever your "something" is, do it so it helps you snap out of your bad play hopefully in time. 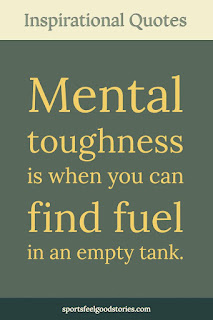 The journey of the pool game is nice. Sometimes game will be change for us and opponent will get more chances in the middle of the match. We will get our opportunity any time, so wait until if the form of success.