Acceptance of Your Level of Competing

I have wondered off and on throughout the years, what makes a person stop competing in pool?

I can recall numerous ladies I used to play with in Texas that don't play on the ladies tour anymore.  Was it because they got older?  Because they never got better and got frustrated?  Did life things get in the way (money, divorce, marriage, kids)?

I suppose for each person the reason is personally different.

And at one point, a successful player eventually isn't in the winners circle as much. What do they do then?  And how do they handle it?

Do they accept they are not as talented for some reason anymore, but yet still play?  Or do they stop competing due to frustrations?

Some people can't handle the disappointment and decide to move on from playing pool.  Some people accept they will never play at the level they used to play and are fine with playing for fun.  Some players frequent the pool rooms during the week on afternoons and enjoy sparing with friends, in lieu of competing in leagues and tournaments.

As I type all these words out, I am liking my reasons for retiring (after having a successful pool journey the last few years) more and more!  I can just imagine if I was to keep competing and eventually not be relevant or a formidable opponent how frustrating that could be.  I am liking my decision to choose to stop competing rather than having to stop not on my own terms.

Whatever their flavor is behind the reason, acceptance can go a long way in feeling good about their decision.

Btw, in case you are curious why these thoughts came up this week, it was after I read this excerpt from "What I Talk About When I Talk About Running" by Haruki Murakami:


"I don’t care about the time I run. I can try all I want, but I doubt I’ll ever be able to run the way I used to. I’m ready to accept that. It’s not one of your happier realities, but that’s what happens when you get older. Just as I have my own role to play, so does time. And time does its job much more faithfully, much more accurately, than I ever do. Ever since time began (when was that, I wonder?), it’s been moving ever forward without a moment’s rest. And one of the privileges given to those who’ve avoided dying young is the blessed right to grow old. The honor of physical decline is waiting, and you have to get used to that reality. Competing against time isn’t important. What’s going to be much more meaningful to me now is how much I can enjoy myself, whether I can finish twenty-six miles with a feeling of contentment. I’ll enjoy and value things that can’t be expressed in numbers, and I’ll grope for a feeling of pride that comes from a slightly different place. I’m not a young person who’s focused totally on breaking records, nor an inorganic machine that goes through the motions. I’m nothing more or less than a (most likely honest) professional writer who knows his limits, who wants to hold on to his abilities and vitality for as long as possible." 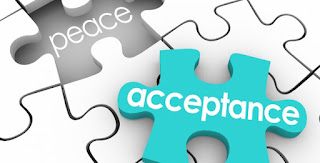