Complaints Can Be Validation

One thing I love is when players talk to me after their tournaments.  They share things I either hadn't thought of, can relate, or can't wait to blog about!  lol.

Here is one that came up recently in a convo that I thought was intriguing and interesting, and am very excited the player said I could share.

A player who was ranked a 4 was having his best finish yet in one of the Omega tournaments recently.  I knew he would move up to a 5 pretty easily after the event, as he was finally having a good tournament.

He joked with me that very next week, "I am going to miss being a 4!"  Then confided, "No, not really, it was kinda embarrassing."

A 4 is the lowest level of the handicap scale on the Omega Tour.  It's fascinating to me that some players who are 5s WANT to be a 4 while others who are 4s see it at embarrassing.  But that's a whole 'nother blog post lol.

As we continued our convo, he shared he knew making it into Sunday of this two day tournament was going to put him in 5 territory.  He added, "Just making it to Sunday was a huge personal accomplishment for me."

Then he confessed, "It probably sounds bad - but it felt really good that one of the players I beat complained about me after I beat him... I guess it just felt kind of validating (if that makes sense)."

It didn't make sense.  Ooooooh, what did he mean by that?

So I asked, "Validating what?"

I prodded him some more, excited where this was going, "Belong where?"


He shared, "That the work I've been putting in really is improving my game.  And that I belong in the tournament - I've been playing on the tour for so long and never made it into Sunday, and that's made me question myself a bunch of times.  I've felt like I've been on the cusp for a long time, but could never put it all together."

I loved our convo.  And I am SO happy for him to have moved beyond the cusp to valid in himself he should be ranked higher, just as he thought.

While a lot of people complain about handicapped tournaments, there is a sense of pride it can bring to oneself to move from different levels. 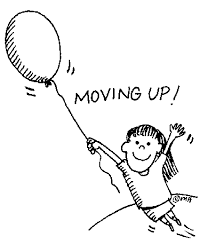