The Way You Say Things

I think we all could be more careful with our choice of words.

Sometimes they come off harsh and rude and uneffective.  Obviously, this is true in all aspects of life, not just our pool game.

A friend of mine received some "advice" that wasn't very positive nor helpful.  It could have been said in a much softer, gentler, more effective way.  Instead, he told her, "You make things so much harder on yourself."

You may be thinking to yourself that wasn't that bad.  And you are right, it's not that bad.  But, it still could have been stated with less negativity and with more effectiveness.

Further, as soon as she told me his words of unwisdom, I told her, "Wow, now you will be thinking about that every time you have to play pool in front of him.  Darn it."

And she agreed in disappointment.

I've written several times about how the way people say things become a hindrance, not helpful.  Negative words, repeatedly from the same people, have affected me so much, that when they happen to watch me play pool, it distracts me because I get nervous about what they might say after my match.  Which, is never positive lol.  NEVER.

Luckily for my friend, her thought process is to improve so those words he said to her don't bother her.  As a matter of fact, she played in front of him at a weekly tournament full of great players and she placed 3rd!  Take those words and shove them up your a$$!  lol 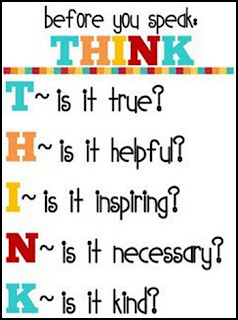