The Best Person for the Clutch Job (Part 2 of 4)

What I have learned through watching, learning, judging, and listening, is the clutch player may not be the person on the team that you would "expect" to be the clutch.  There are good reasons why, we just aren't privy to those reasons.

What are the characteristics of a clutch player?  Who do you want it to be?  Do you have a person on the team who can be all you envision for that important role?

What if you don't have a well-rounded player on your team?  What do you do then?  Let's examine some examples I have witnessed in my 20+ years of playing in leagues.

I will put them in separate blog entries so you wont be reading one long blog post for hours on end, lol.


On another team, when I wasn't able to play on certain nights, another good player on our team was put in the clutch position.

While she was a good player, she didn't have much experience in that position.

So, she would get so much anxiety about /possibly/ having to play the hill-hill game, that it affected all her other games during the night. 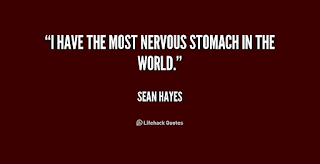 Our team needed her to still win all her games before it ever came close to hill-hill, but instead she was constantly looking at the score for what "could happen" and the anxiety was affecting her play.

The ironic thing was, if she was to have not been so worried about her "possibly" having to perform in the hill-hill game for the team, she could have won more games and the team wouldn't have been in hill-hill situations as much.

I suggested to the captain to put her in the clutch position a lot during regular league nights even when I was there, so she could get acclimated to it.  That's how I learned to handle the "pressure" - I was put in the position a lot and learned through all the experiences.  That really does help.

You can find Part 1 here.