The Best Person for the Clutch Job (Part 1 of 4)

== Skip this section if you have read the Intro already ==

What I have learned through watching, learning, judging, and listening, is the clutch player may not be the person on the team that you would "expect" to be the clutch.  There are good reasons why, we just aren't privy to those reasons.

What are the characteristics of a clutch player?  Who do you want it to be?  Do you have a person on the team who can be all you envision for that important role?

What if you don't have a well-rounded player on your team?  What do you do then?  Let's examine some examples I have witnessed in my 20+ years of playing in leagues.
I will put them in separate blog entries so you wont be reading one long blog post for hours on end, lol.


On one particular women's team, the best player was not playing in the clutch position.

I was shocked to not see her name in the final spot on the team roster in playoffs.

However, I would find out that she would rather not be in the position of so much pressure for her team.

FURTHER - she plays BEST for the team because she's not in the "pressure" position.  Which is what every team needs - players playing their best at all times.

But if you look at this from the outside, what you wonder is, "why isn't she the clutch player?  She's the best on the team!"

But if you found out she played better in all her matches by not being the clutch player, then it makes perfect sense.  And, that IS what is best for the entire team. 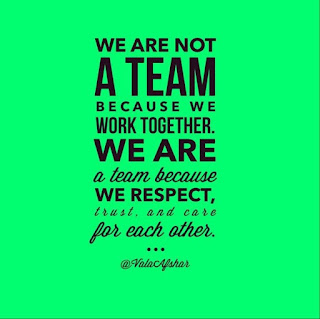