Reflections of a /Bad/ Tournament?

I label tournaments good or bad.  I do this based on how I placed.  However, that's not really fair.

How I play in a tournament is just a marginal part of an entire weekend.

For those times we travel out of town for a two-day event, it's not just how we placed in the tourney that should define our weekend.  But, also, what else happened during the course of the weekend.

If we play pool the entire time - it most likely means we placed well and didn't really have to time to "experience" other things.

I played badly at the OB Cues Stop in Oklahoma last weekend (July 28th weekend); so badly in fact I only won ONE match!  :(  However, after reflecting Sunday on the way home, in reality it turned out to be a GREAT weekend.

My first match was on the stream table and while I shot ahead 2-0 with GREAT play and much confidence, I then faltered.  I am not sure what exactly happened, but I couldn't play and couldn't focus anymore.   I recognized during the match why I was losing, but I couldn't overcome my mistakes nor get over my mental block.  I even scratched on TWO 9balls on the last three games.  Eeek.  I'm really not sure why I started to play badly and why I thought too much.

I was pretty confident:
But for some reason, I think I sharked myself.  I started to think too much, and it cost me.  :(

It's pretty unflattering (lol) to only win one match in a tourney I should do so well in.  I just had too much on my mind.  And with my third match ending in controversy, it made for an even tougher exit.

Here is a person who a month earlier won a Team Championship, just found out they will be one of the characters in the new video game Virtual Pool 4, and plays pretty damn sporty, who was out in three!  I didn't even get in the money - not even remotely close to any cash, lol.

Because I was out, though, I no longer had concerns on IF I would get to the Nicki Minaj concert on time on Sunday night that was 3plus hours away back home.  ;) 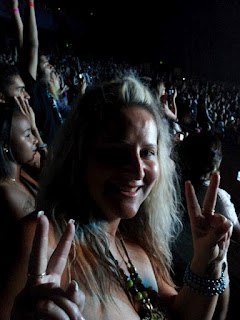 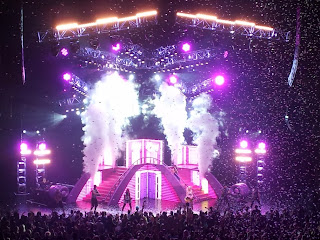 While I PLACED badly, the weekend overall at the pool room turned out to be rewarding and fantastic!

I know not many people reflect this much about their weekends.  I know for sure guys prolly don't.  They didn't place well, then the weekend sucked.  Simple as that.

Maybe I reflect more because I have a blog and know I am going to write about my tourney?  Dunno.  But, I'm glad I did!

A lot of amazing conversations occurred on Saturday.  And if I was playing pool all day, these important things would not have been possible. I had the opportunity to talk to a lot of friends.  A lot of friends I don't normally get to talk to.  And it was enlightening!

So, in a very funny way, I'm grateful I didn't place well or play in matches all day long, so I could have these very meaningful, important conversations:


You get the gist:  Pool is a journey in life!

Great to see that you got something out of an otherwise rough tournament. Looks like the Nicki Minaj concert must have been a blast!

Great to see that you got something out of an otherwise rough tournament. Looks like the Nicki Minaj concert must have been a blast!

Yes, I ended up having a memory weekend. Getting to know people better is rewarding, I'm finally figuring out!

The Nicki Minaj concert was good, but I was disappointed. I thought I would know all of her songs, lol. She's a great performer, tho!