One of the toughest things to do when we go into a tournament is to not look around to see who else is playing.

It wouldn't be normal to walk in a room and not size up our opponents, right?  However, it's how you handle the information that's key.

Grasshopper, I mean Danielson, and I talk about this a lot.  He asks me all the time how does he handle these thoughts going through his mind.  I try to exclaim (sometimes with a raised voice) "you aren't playing pool!"

He isn't thinking about playing his best pool, he's too worried about "status" or as he calls it, "penis measuring contest."

Don't get me wrong, I am the first hypocrite who does this.  I even wrote in my blog when I finally won a big tournament, "My brain shut off" or "I finally played pool."  That means I finally played my best on the table and didn't let my thoughts consume me and derail me (like it had so many times before).

Danielson played in the September Omega tournament and played fairly well, but he seemed to force tough shots instead of play safe when he should.  When you force tough shots, you either make them and have no shape left over, or you miss and sell out.

His next tournament was the same tournament I played in that I wrote about earlier this week - a tournament where if you were rated a 6 or under on the Omega Billiards Tour, you could play.

Danielson didn't fair well, just as I didn't.  We were both too worried about that penis measuring thing I referenced earlier.

During the calcutta, I was announced as "the best player there."  Hmm, pressure much?  And all eyes were on the "chick who was a National Champion" (boy were they disappointed in my play lol).

And Danielson saw this tournament as a great opportunity: finally playing in a field of his own level, without the higher-ranked players to run into; a chance to really show his speed and talent.

And then we both fell on our faces with our tails (or whatever) between our legs.  I felt so much pressure, like a bloated can filled with botulism.  And Danielson (during the tournament) was telling me, "I know people are going to wonder why I didn't place well in this tournament."

I was wondering, "why would they care?"  lol.  Further, "why are you thinking about that instead of playing good pool?"

You see, we add so much to our plate before we even walk in the door.  That's why I say I play my best when I'm "numb," which is when I don't think of anyone else in the room, what people think, or what a win or loss would mean.  Those are the true glory days of playing in the zone.

But alas, Danielson and also myself (the hypocrite, remember) were thinking too much about what people MIGHT think if we lost, INSTEAD OF PLAYING OUR BEST POOL. 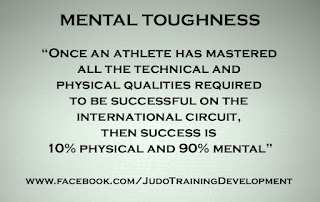