Doing Well from Past Losses - The Cueist Project

I’m going to just copy and paste part of an email The Cueist sent to me last year, to start off this topic today:

“Quite frankly, I was majorly disappointed in the team event [last year] at our State league event. Our team consisted of really top-notch players. Even the weakest player placed 5/6th in singles!  In fact, our team was so strong, a few of the other teams saw our roster and thought that we probably had the 3rd strongest team on paper in the event!

I know we shouldn't have, but we all had high expectations for this team with our lineup. And I think that was part of the problem.


While I could go on and on about how I believe expectations are unfortunately a part of the Evil Kingdom (no really!), there is actually some good that conquered that evil!

Later on that same year, The Cueist’s strong team went on to play in a larger tournament in Vegas (I believe it was Nationals or something). How do you think they did?

No, no, I’m kidding! That would make for a horrible ending to this blog post, lol.

Yes, they did better - much better!

It is my opinion that they did so well BECAUSE they did poorly at the state-level tourney.

There is something to be said for situations like this.

The state-level tournament proved to them that their high expectations hurt their chances. I have written a ton of times to stay in the moment – thinking ahead or in the past gets in the way of shooting the balls right in front of you. You can’t play your best pool at all if you are thinking about outcomes, or finishes, or expectations.

Luckily, his team had The Cueist on their roster! He reminded them before the event if any of them started to talk about the future, “don’t worry about expectations, and just worry about the matches one at a time.”

He shared with me in that email last year,

“We capitalized on the other teams mistakes and they didn't fire back when they had the chances to. So naturally, the guys started to wonder if we could win the event. But I reminded them to stay in the moment!  As time went on, we just kept winning.

Surprisingly, after day 2, the guys weren't nervous or had those same high expectations. Day 2 had us in some tough matches, and we knew we had to just simply play good to win the matches.


Going into the last day of the tournament, that morning Cueist shares:


“I relayed to the guys that we needed to stay in the moment and take it all in. Who knows if we'd be there again. I'm not sure it helped, but everyone was firing on all cylinders. Which is the first match where that happened. LOL.


I’m a big believer in that also – everything does happen for a reason.

Their lessons learned at the state-level tournament helped them to do well at their national tournament.

I know it seems counterintuitive - play bad one event, do better the next.  Wait, what?

But, - it's their mentality about the team event and team itself that changed.  And they wouldn't have realized that if they hadn't of lost so badly a few months before.  See what I mean? 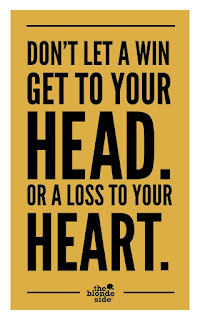 Email ThisBlogThis!Share to TwitterShare to FacebookShare to Pinterest
Labels: The Cueist Project