I don't know if y'all have ever heard about this before, but there's some unwritten philosophy (or maybe there are a ton of technical papers written about this for all I know lol) that people feel if you find yourself in a new, strong relationship that it might affect whatever it is that's going well in your life.

Okay hang on with me people, hang on, lol!

Let me think of an example maybe you've heard before.  How about like.... a prodigy child who is amazing at music or the best baseball pitcher anyone has ever seen at 11 years old.  All of a sudden, they start to be interested in girls and then they are no longer focused on music or baseball. That's the only example I can think of right now.  Have you heard of something this before?  I sure hope so or you may think I'm off my rocker, lol.

And the point of this blog post is to share with you that this happened directly to me.

No, I wasn't a great pitcher or music prodigy (sorry to disappoint, lol), but in the mid-90s I started to date one of the top pool players in Texas.  His game was so good, people were talking about him all over the country.

However, when we first started going out, some of the guys in the pool room (which I feel they shouldn't have done this), told him that he should not go out with me. They told him that having a new girlfriend would be a distraction and it would affect his game (and all the work he put into it).

That actually caused him to have some doubt in our relationship, because there were these little voices chipping at his ear telling him their thoughts.

And you can understand that for someone who was top of his game, when he would play badly all of a sudden or not finish well, he wondered, "Are those guys right?  Should I not be with her?"

I'm not saying I wasn't worth it, but even I would say I wouldn't want to get in the way of his dream career.

You see, I wasn't a strong woman in my late 20s.  I was also still treating people like I was treated growing up in a verbally abusive house - I yelled, instead of talked when I was upset.  I was also extremely jealous.  And being that I didn't understand most of the emotions I was feeling, I overreacted with crying and getting upset at him.  Not realizing that I had a ton of inner turmoil and learning to do to become the stronger, more mature, happier, and confident woman who is typing this out today. 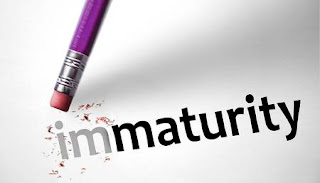 I'm lucky that he was SO talented that he kept playing top-notch pool - heck, he even skyrocketed to 2nd place in rankings on the pro tour while we were together!  (so, I couldn't have been that bad of an influence, right?  lol.)  While I didn't necessarily affect his game detrimentally the entire time we were together, I do admit that if I had been a more mature, more understanding, less emotional girlfriend, he might have won even more tournaments - instead of trying to play his best pool while having to deal with a crying girlfriend back home lol who was overacting about stupid shit.

But, this blog isn't about me crying or being a bad girlfriend - that's for another time, right? haha - but what I am saying is I have experienced directly the affect a new relationship can have on someone who's very talented.

But, what if I had been a strong girlfriend? What if I wasn't so emotional and unconfident? Yep, I still think I would have affected his game somehow.  I'm not saying every new relationship affects a young music or sports prodigy, but what I am saying is having a new, deep relationship for the first time in your life does cause a certain amount of distraction. It's a normal thing, really.  And that's why all the Mom's and Dad's want their kids to stay far away from the opposite sex for as long as they can lol.  How many kids do you know who were on their way to college and got derailed because they "fell in love."

His friends were correct. I distracted him from playing top-notch pool like he had been playing before he met me. But again, he was talented enough to overcome the obstacles, still became a top pro, and is still today, actually.  Thank goodness!