I think I've written about this before, but wanted to shed a little light on something that can potentially shark me.  Maybe you can relate?

Yet, so many people, friends, fans, potential future opponents, etc want to know your score.  And when they cannot see the score, they either walk over to check it out, or send someone over to read the score.

Either way, this is actually something that used to shark me. Let's be honest, checking the score isn't as simple as slyly walking by.  The person sometimes has to step in front of the score card, or bend their body around to see where the coin is, or has to read the paper scoresheet that is sitting on the table between the players.  It's pretty obvious when we are playing matches when people check the score.

I know it sounds kind of outrageous, but if I'm losing badly and then I see someone check the score, it can make my embarrassment factor go up.  And if I'm winning and someone checks the score, I can sometimes get overconfident.  And finally, sometimes the score doesn't even matter - and instead, I become distracted by a person all of a sudden in the area of my match checking out the score - and that distraction can interfere with my rhythm at the table.

You all can relate to one or all of these, right?

(gosh I hope so, or else I sound pretty weak, lol!) 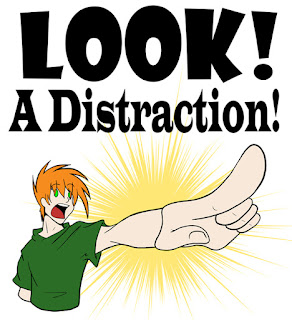 This is part of what I've been talking about lately - that if you have a strong mental game or you are in the zone, someone checking the score won't even bother you.  Heck, you may not even notice!

Eventually, things like this didn't bother me, as my mental game got stronger and stronger, but I admit it took a long time to get there in my pool journey.

You have to be in a good mental spot or you have to already know to not to let things like this bother you to help you become less distracted by things.

Wait, how do I not let things bother me, Melinda?

Well, personally, one of the things that helped me was when I finally came to the realization that some things are just facts. And facts aren't normally tied to emotion.  The score doesn't represent if someone likes me or dislikes me, or judges me, or thinks I should win, or anything like that. If you look at it as it is, which is really just a score of a stupid game we love (lol), it wont affect you as much.

It's kind of hard to explain, but if you accept something as a fact, you're less likely to react to it, right?

Instead of wondering what they're thinking and why and starting to add doubt or anxiety into your head, just think to yourself, "Well... that.is.the.score."

There's always one thing that kind of rubs us the wrong way - and it's different for each person.

Mine happened to be people checking the score.

But!  Because I'm not competing anymore, you can't use this against me when I'm playing, LOL.  :)