How to Handle Breaks in Matches

One of the coolest things about blogging is I get to share answers to questions.  One someone asks me a question, first and foremost I'm honored they even thought to come to me. Second, I get excited to share the discussion via my blog because if one person is asking, many others usually have the same question.  So, we all win from these questions / answers and learning.

A couple of months ago I got a random question on a weekend.  My friend was playing in a pretty big two-day tournament and was having an issue she wanted some guidance on, so she reached out to lil ole me.

She said, "Have you wrote about taking a break during a match?  Everyone has been doing it to me because I have been up fast in the beginning of the matches."

I told her I thought I did once, but instead of searching for the link, I just kinda dumped my thoughts in the message back to her.  Poor girl.  And now I'd like to do that for you here!  Because it REALLY is a great question.  How do you handle it when people take breaks in your match?

If you can hit balls while they are on the break, that helps.

Some people take breaks because they are trying to regroup.  It's not always to throw off their opponent.  So, imho, there's two ways to look at it.  And whichever is best for you to succeed, is how you need to look at it.  Some people are like me and see the positive in things, so if someone takes a break, I focus on my thoughts only.  If you are the type who thinks they might be trying a move, then get pissed about it and punish them on the table when they get back.  Don't get upset about it and let it affect your game.  Instead, make them pay for trying to throw your momentum off. 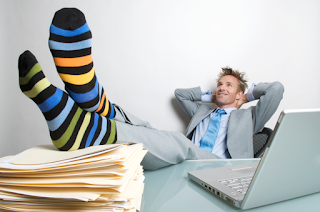 The problem for her this tournament it seemed like every match she was up, her opponents would take a break.  On top of that, she herself never takes a break (unless she is ill) so when it kept happening to her, it really affected her.

I told her I also don't take breaks either (unless I have to pee badly).  I've never in my life taken one to try and affect my opponent.

But I told her again:  either don't take it personal and see it as they are trying to regroup, or punish them.  And then I reminded her to focus on what she can control.  That's important too.  We can't stop them from going to the bathroom or trying to shark us.  So, control yourself, remain calm, and control your pool game.