"Good luck this week!! I know at times it will be stressful and players may complain, but remember you are making dreams come true, allowing players to compete and win titles they've dreamed of!  Adore you and all you do! "

I sent this message to one of my friends earlier this week.  She's running a big State tournament coming up and I know it's going to be a lot of work for her running the tournament and dealing with so many players.  She may also be on the receiving end of complaints, too, which may hamper her spirit.

But I wanted to remind her that even though at times and she may not get a lot of appreciation, the bottom line is she is creating State Champions because of the work she is doing;  she's making dreams come true. 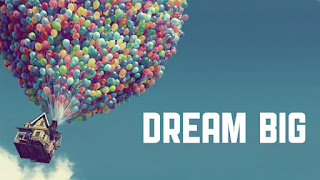 When I won my State Singles Championships, besides being overcome with amazing emotion, I knew that the reason why it was even possible for me to win those titles was because of all the hard work people do to run those types of tournaments.  It was truly the main reason why I was even a State Champion.

Let's face it, all the years of training and preparing are for naught if there is no tournament to play in.  The dream or goal of becoming a State Champion are only put in our hearts and minds because of the people creating and running those State tournaments to begin with.

I, for one, appreciate their hard work!  As I know many others do as well (they just may not hear it often).
Posted by Melinda at 10:27 AM