More Tools in the Toolbox - Example from a Pro

I wrote before how there are many tools in our toolboxes that we may not even be using, or have thought of.

I heard about one such tool while I was in Vegas for BCAPL Nationals.

During one of the pro events, Shane Van Boeing (SVB) was playing Alex Pagulayan.  If you don't know Alex or haven't ever seen him, he's a short, animated player who lives in Canada but from the Philippines.  SVB is another top professional pool player from the US.

The match was close - maybe 8-8 or so and SVB found himself in a position after the break with no shot, so he decided to roll-out.

He surveyed the table and saw that his best choice was to roll out to a jump shot.

HOWEVER - it wasn't just ANY jump shot.  He left the cueball to where Alex could NOT jump because of his height!  Alex actually jumps very well - but if he can't reach it, well....

So, Alex had no choice but to hand back the table to SVB.  Alex joked, "I blame my parents!"

It was super funny, actually.

But, SVB used a great tool in his toolbox - he literally sized up his opponent when he decided where to leave the roll-out jump shot.

SVB jumped the ball, made it, and ran out.  However, Alex eventually won the match 10-9.

Remember all your available tools! 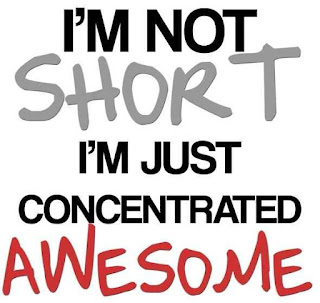 Maybe not as awesome as that story... but know your opponent and their abilities helps too. Probably comes up more in league than tourneys but knowing someone isn't good at kick shots, or doesn't do jump shots at all, may help you leave a better safety than you would otherwise think possible.