We have 5 players, but the BCAPL tournament matches allow for only four (4) players each round in the ladies team events.

I made myself the captain so no one else felt the pressure to be in that position.   It can be a tough situation at times.

Anyway, I was very torn the previous entire month because the Fab Five has five (5) very strong players and I did not know who I should sit out.  We are all play so equally (tough) that as captain, I really didn't know what to do.

I discussed it with one of my teammates the week before and I suggested that maybe what I would do is sit out one player during the first match.  Then, whoever does the worse in that first match, would sit out the next match.  And we would keep that little by-law going throughout the tourney.

I thought it was the only possible choice, really.

But then, who the heck would I sit out first?!

By Friday (we started Saturday morning), I decided I would not play the first round.  I had been playing since Tuesday night and felt comfortable on the tables.  Two of the players hadn't played yet and needed to get acclimated, and the other two were good to go because they had played in the singles event Thursday and Friday.

I told them my idea to sit out a player in the NEXT match who has the worst record, and carry that over each match.

Then I shared I was going to be sitting out the first round.

After much concern from my teammates about my decision, I STILL stuck with it and didn't play the first match.

They kept telling me I should play and I kept telling them I trust their skills and didn't even think I needed to play.  They hesitantly agreed, but really, I felt it was the best choice.

By the by-laws, there was no one to sit out the next match!

Good problem to have, huh? 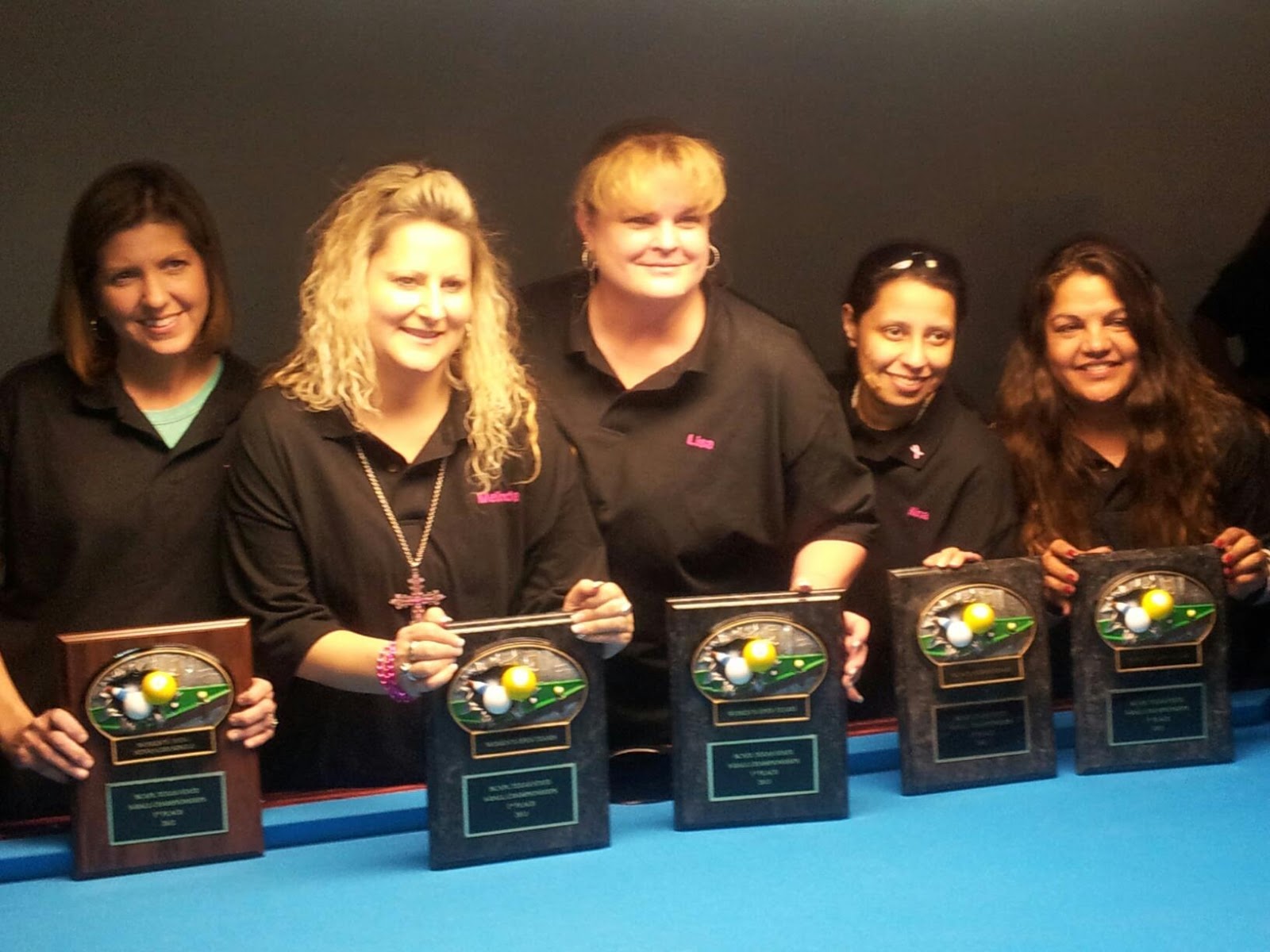