Back in June, my boyfriend and I took the plunge and bought a 9-foot Brunswick Anniversary pool table. We were very excited about a table in the house!  We got a really great deal on the table from our friend Shane who found it in the MidWest, and we got real lucky to get it!

Anniversary tables are really cool because they are made from airplane parts and back in the early 1900s created by union workers.  So, they have a lot of history to them.

However, the table became very frustrating because we couldn't play pool on it. The light never arrived so it was very very dark with lots of shadows, the pockets weren't tight, and because the rails were old (the original cushions) it didn't bank true, so we would get very frustrated. 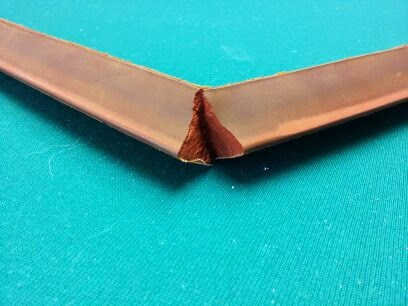 This is the rubber on the rails.  It's suppose to bend like a rubber band, not break.

Eventually we couldn't take it anymore and stopped playing on it.

After months of complaining to each other and only "saying" we would get it taken care of, we finally made a decision to take care of it at the end of November when we saved up some money.

My bff Amanda Lampert suggested Ultimate Billiards and it turns out we knew all the guys who work there, from the Dallas area. They came by, removed the rails, rebuilt them with Brunswick SuperSpeed cushions (the BEST cushions), came back a week later, and installed them, along with the tighter pockets. While the table was being worked on, my boyfriend put up lights. 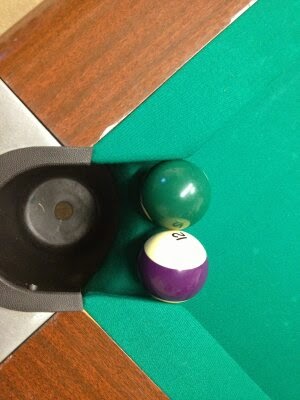 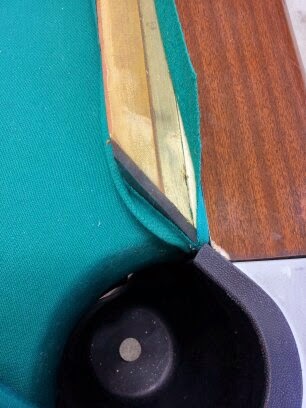 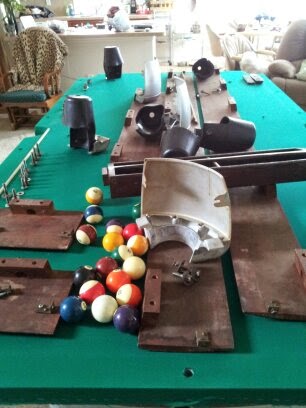 Now I LOVE the table! I can bank like a beast again with good lighting and am very happy!   I am disappointed it ended up costing me more than I expected, but hopefully one day it will all be worth it.  :) 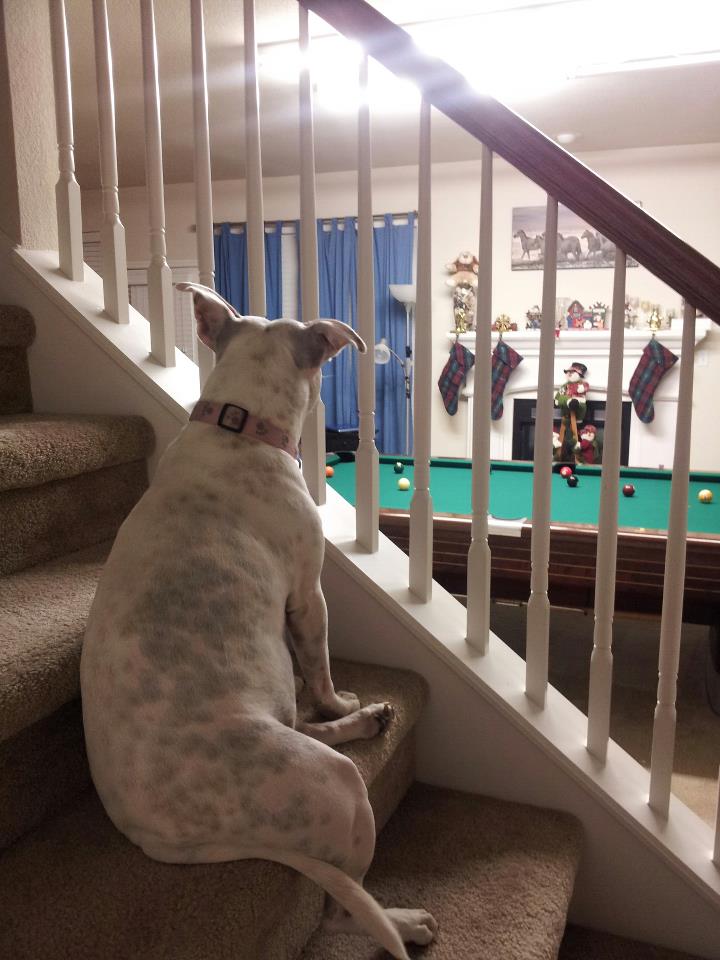