One of my friends, who I met about 20 years ago when we joined the same team, has not been playing pool lately.  She might occasionally play at a local jaunt on a Friday night to show the big ego guys a chick can play, lol, but she hasn't played league in a few years.  Mostly because of the drama associated with the leagues she was on - either between players or how the leagues were run.

My friend is moving to a new city, and I mentioned to her that maybe because she was moving to a new location, did she happen to have interest to join a league in the new area?  She is very talented and really enjoys playing.  I told her there are some good pool rooms around her, and she wouldn't really know everyone, and it would be a change of scenery, change-of-pace, new league operators, and away from the previous drama that she had been around in her home town. 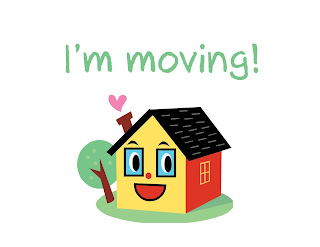 I honestly thought she was going to say no.

Instead, I was pleasantly surprised when she said she had actually thought of this also! However, with a caveat - she made it a point to say she wouldn't join any leagues at pool rooms.

So, even though I'm super shy and never one to press or ask prodding questions (yeah, right Melinda, lol!), I asked her what she meant.  And of course you all know what that means next - I want to write about it!


My friend had played in some leagues that didn't care about the players. She was burned by them, and it has stuck with her. Also, she has had some bad luck dating career pool players. Hmm, I can attest to that, also, so you can throw me into that club, too, lol.

So, therefore, she doesn't want to play in big leagues or be around career players. Being a single, pretty, female who can play pool, the career pool players hit on her a lot, but they aren't the type of guys she is interested in. She explained that it's less stressful, less drama, and honestly a lot more fun to play pool out of bars instead of leagues in pool rooms. She expanded, "I would rather meet real people who happen to enjoy pool...and that happens in the bars that don't cater to [certain leagues]."

It was a different and interesting perspective, one I hadn't thought of.